Is this the first time in the site's history that Nina's ever been the focus of anything? Well, at least I can check that off before this site inevitably goes dormant in the future. Nina's fussy but cute, and in fairness, she probably shouldn't have had her ears played with like that. She can't help that they're longer than normal. 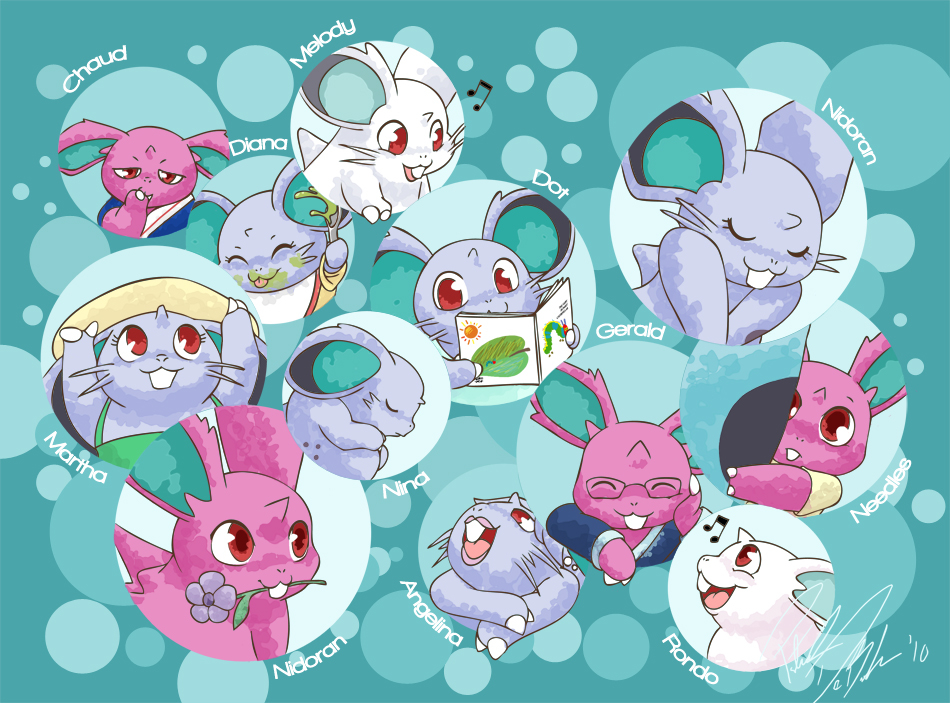 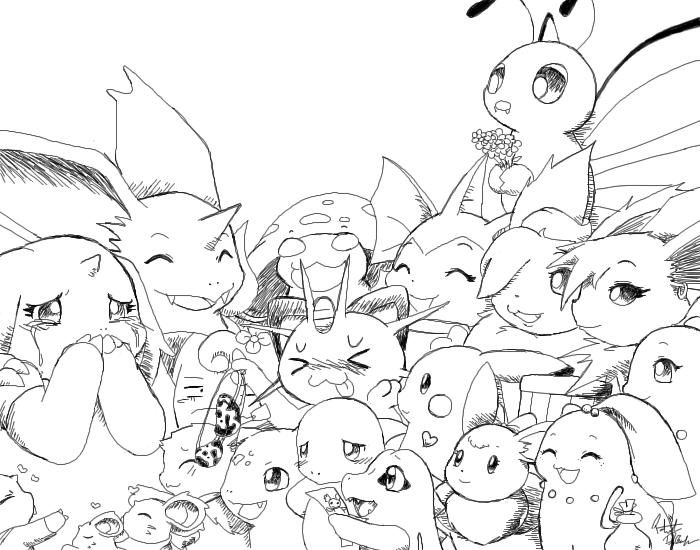 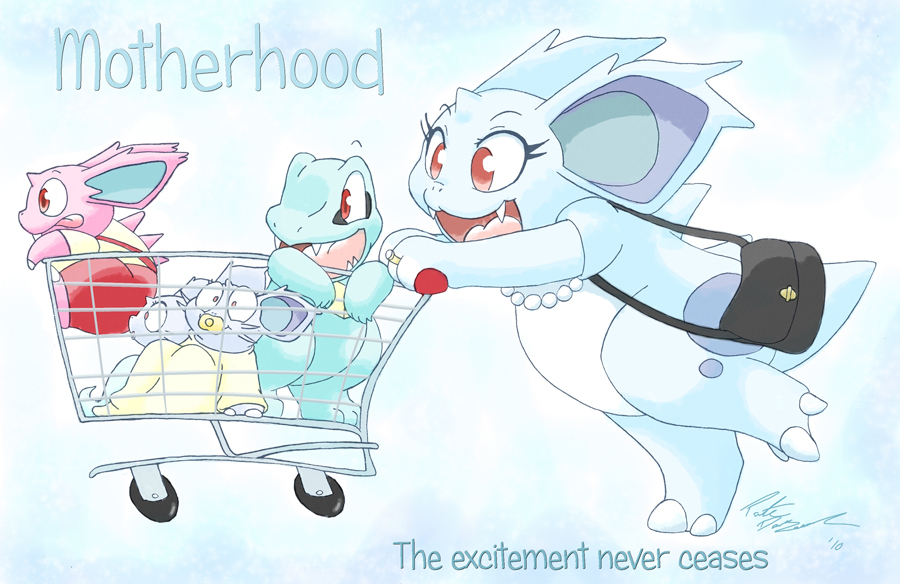 Your kids will turn out the way you raise them, and the amount of time spent with them also has a huge effect during the developmental years. I'm sure Nidorina's kids will be fun, loving, and fun loving just like their mother is, and Nidorina truly enjoys playing with her kids. They are her world, you know. But hey, daddy loves 'em too. 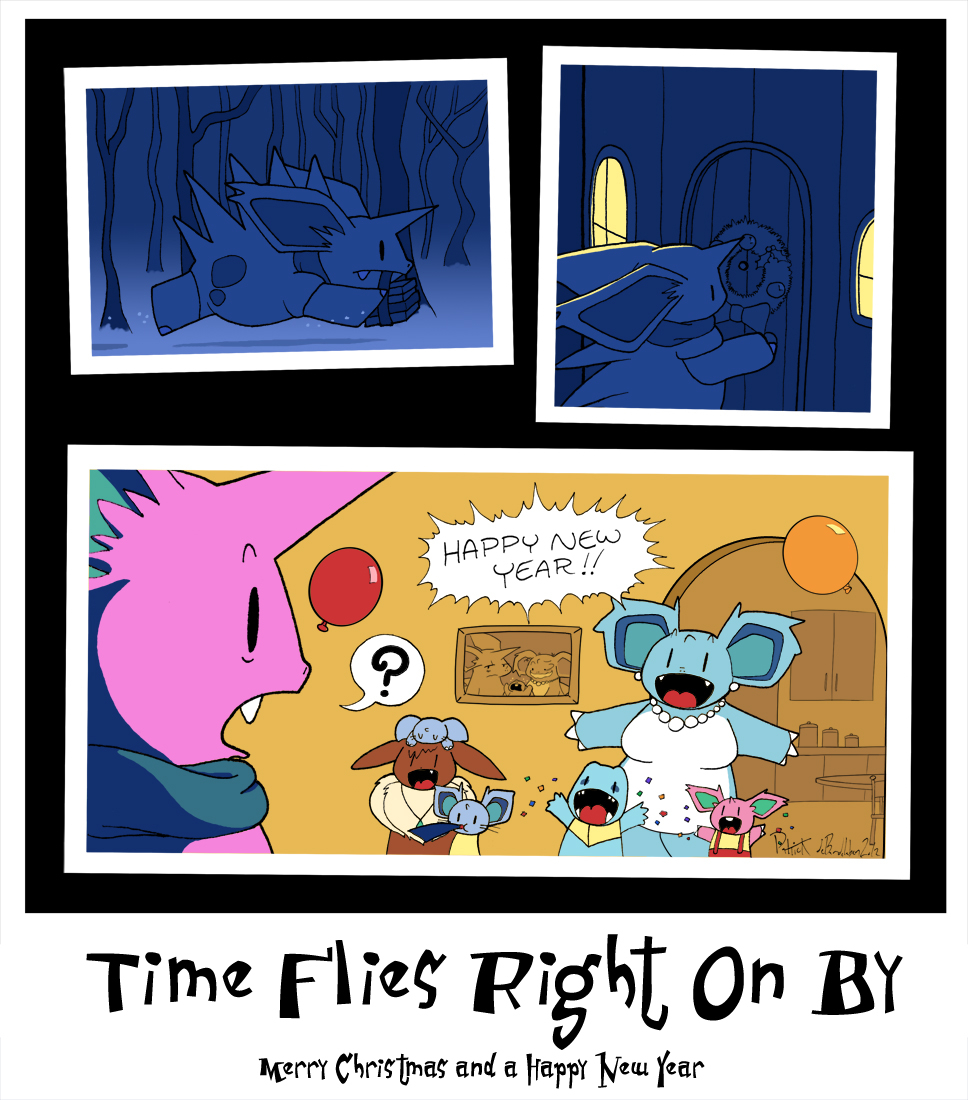 Consolidation at its best. This is for everyone who feels like they just got settled into the Christmas spirit. 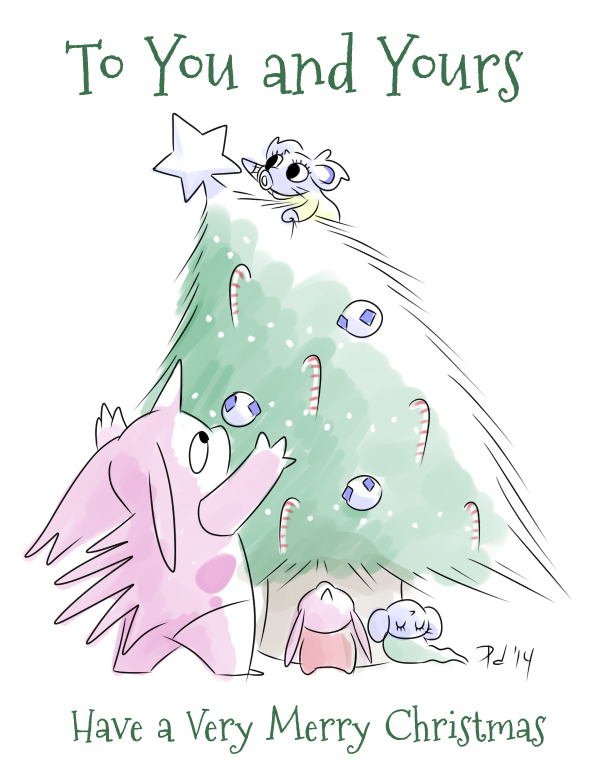 I don't know if this is true for all babies, but once my niece has her sights on something, she goes right after it and doesn't stop no matter how many times you move her away or even move/hide the object. That's essentially Diana right here. I can just imagine the moment right before now... "Oh honey, the baby's in the tree" "The baby's in the-?--WHOA!" Meanwhile, Nina's been sleeping underneath it and not a thing was said. Probably because she's finally quiet. 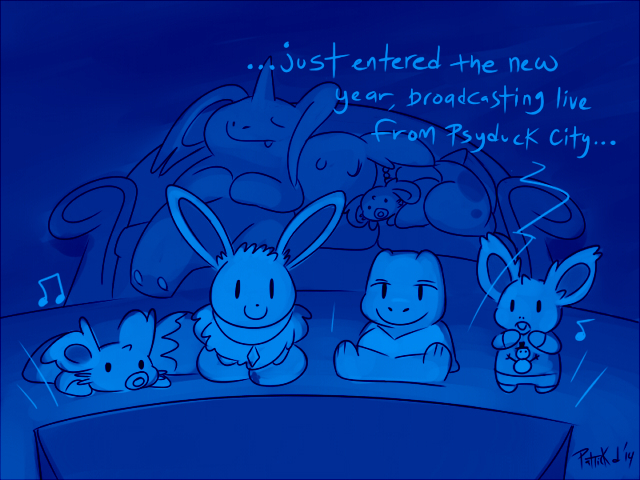 Now this is one I wanted to do. Instead of being loud and flashy, I just wanted to show the simple, at home experience with a very subdued, not-very-celebratory transition into the new year. Just a quiet evening with the TV down real low, and a few kids who get to rub in their elders' faces that they were able to stay up to midnight and that those "old guys" didn't. Of course, it's those same "old guys" that take care of them all the time, why do you think they're so tired?

I also enjoy how the daughters always look like they never know what the heck is going on in the world around them. 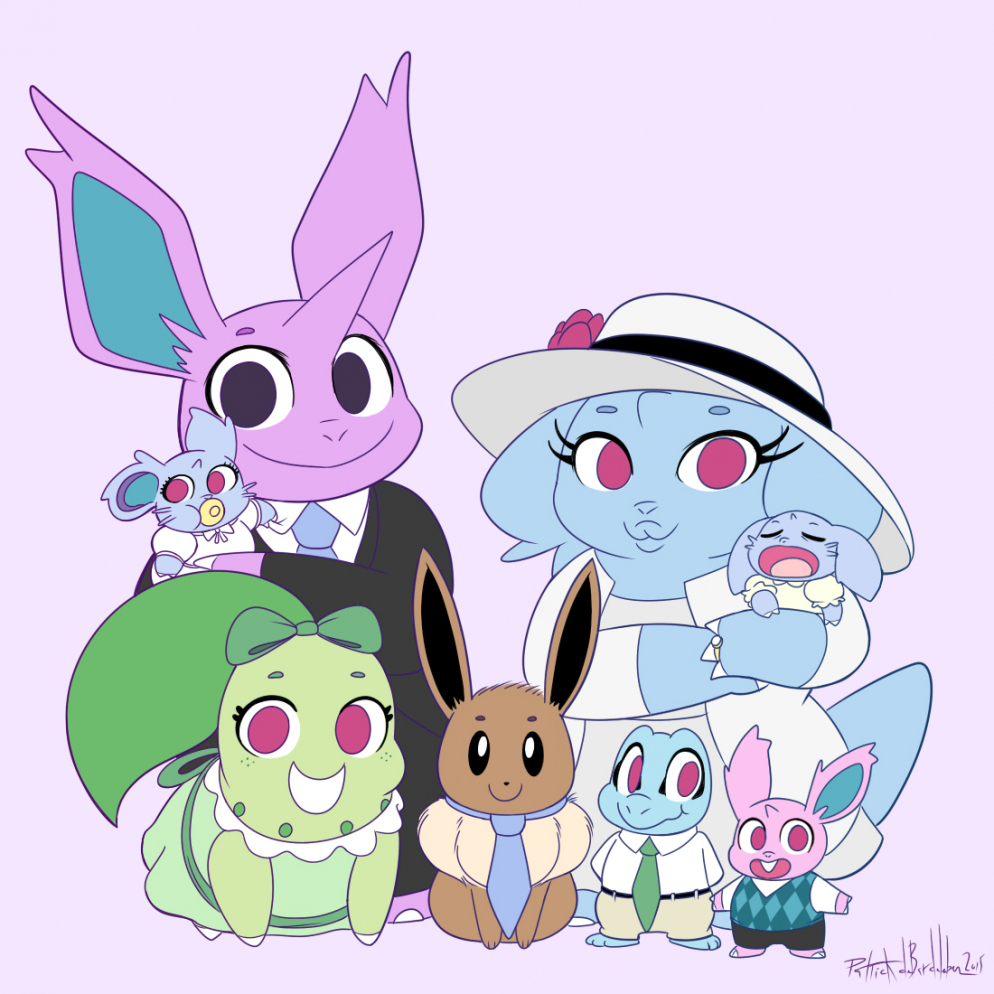 I remember the days when our mom would have us dress up for Easter. Not my favorite part of the day, or the church service that felt like it dragged for ages, but I'll tell ya I loved the colored hard boiled eggs and candy! I'm still not exactly keen on dress shirts. Or ironing them. And ties, the working man's noose? No thanks. But enough about my editorial on dress clothes (and yes, even if I dislike them I'll still wear them where appropriate, I'm not a slob).

I thought this would be a cute idea, but I got lazy and tired of working on it. This is why group pictures need to be done days in advance, or with no deadline, because I have to take breaks from them. With that in mind, I like 2014's better, but it's nice to see the full extension of Nidorino's family, even if Chicolita and Eevee are only an adopted niece and nephew respectively. Time to go to Fern Garden to show it all off! Also, I like how Needles looks like he's going to mix me a drink, or deal some cards or something.

As opposed to the usual Halmarky Mother’s Day fan art, I decided to go with an abridged story of how Nidorino and Nidorina’s family grew from the beginning of Poke Tales to the end of Poke Legends. It’s sort of spoilery, but at this time, it no longer matters. It also glosses over a lot of information, such as where Eevee came from and why he went into hiding, or why Nidorina instantly bonded with Totodile, but it does the job. If nothing else, the story of Nina, the final child, is accurate. 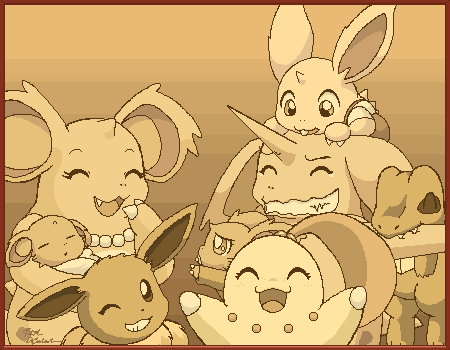 Nidorino's full family, regardless of extension, by the end of Poke Legends. Pictured is (clockwise from the top): Needles, Nidorino, Totodile, Chicolita, Diana, Eevee, Nina, and Nidorina. Nidorina would love more kids, but Nidorino refuses until the youngest is at least five, and they have gone up a peg in social economic status. It's a family of love, though, which is probably the whole underlying theme of Nidorino and Nidorina's segments in Poke Tales and Legends; Love and family.