Lisa's been around for a long time now, but hasn't really had anything to show for it. I figured it was as good a time as any to help you all get to know her a little better. The point of this comic is to show just a bit of the relationship between father and daughter, and just maybe, it's a little sweet too. I've already decided a while ago that Lisa and Kent's relationship is one built on respect, support and trust. Lisa has selective work ethic to be sure, but she's more than willing to help her dad out without being asked. She also just plain enjoys his company. That may make Lisa a bit of a daddy's girl, but I feel like there aren't enough functional families in entertainment. Dysfunctionality is tired and predictable. Besides, Lisa has her quirks without being a brat. 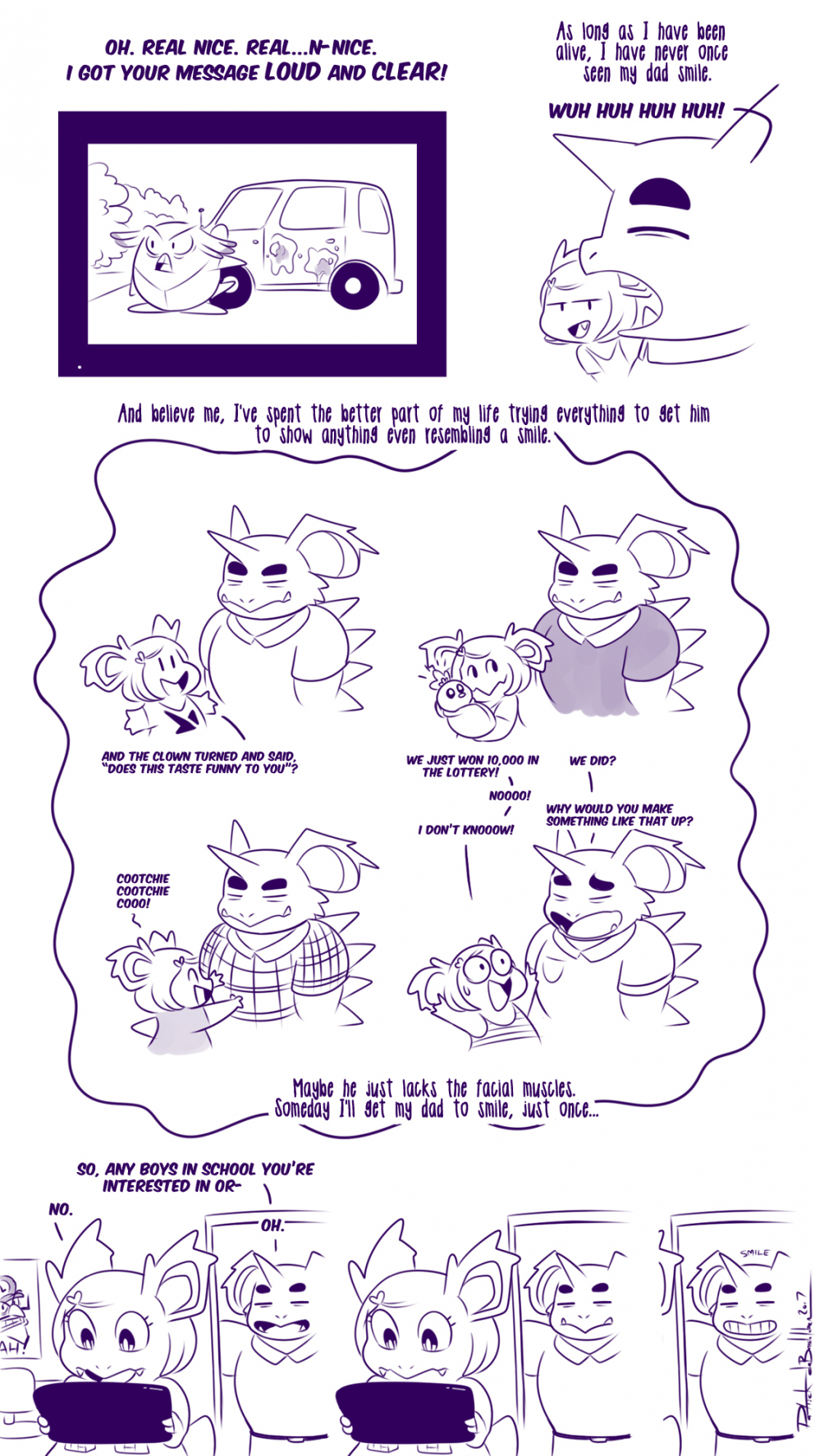 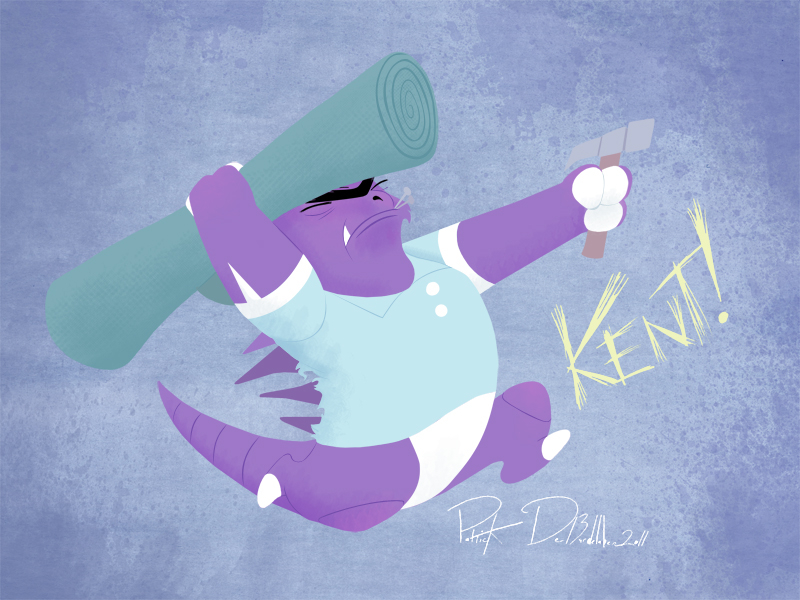 I don't really draw Nidoking, I think we've established that. But between a generic one, the one from Poke Island and Kent, I'd have to say I actually enjoy the entire concept of Kent. The PI one looks just like a generic one anyway, 'cept maybe friendlier. On the other hand, Kent's got an interesting face. And that's just for starters. And then the idea of this stoic but respectable, several generations old Nidoking who basically lives to do his trade in carpentry... I dunno, it's kind of funny to me because his demeanor would be the type of the predictable old world hard worker who takes pride in the self made man (and whatever country he lives in). This would be normal if it wasn't for the fact that the rest of the world has moved on to the information age. So I felt like drawing him getting right to work, because back in his day, a man had to live by his principles. 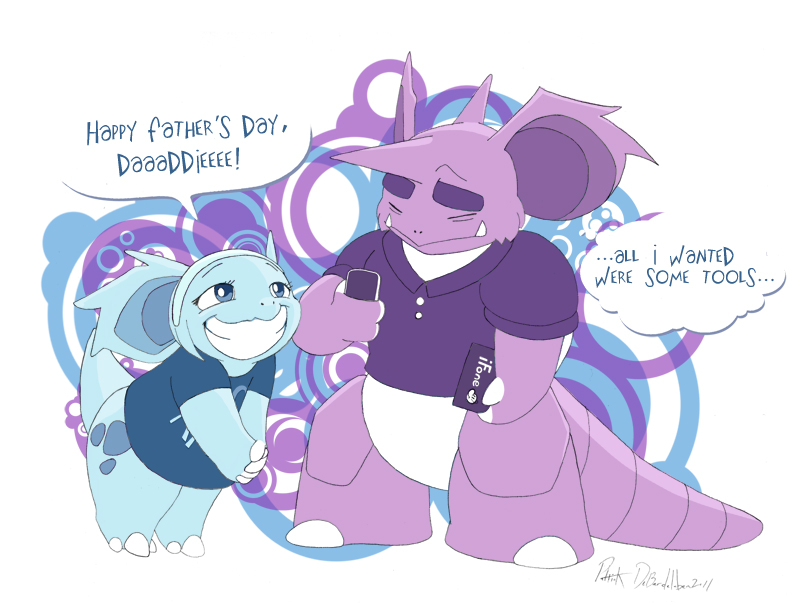 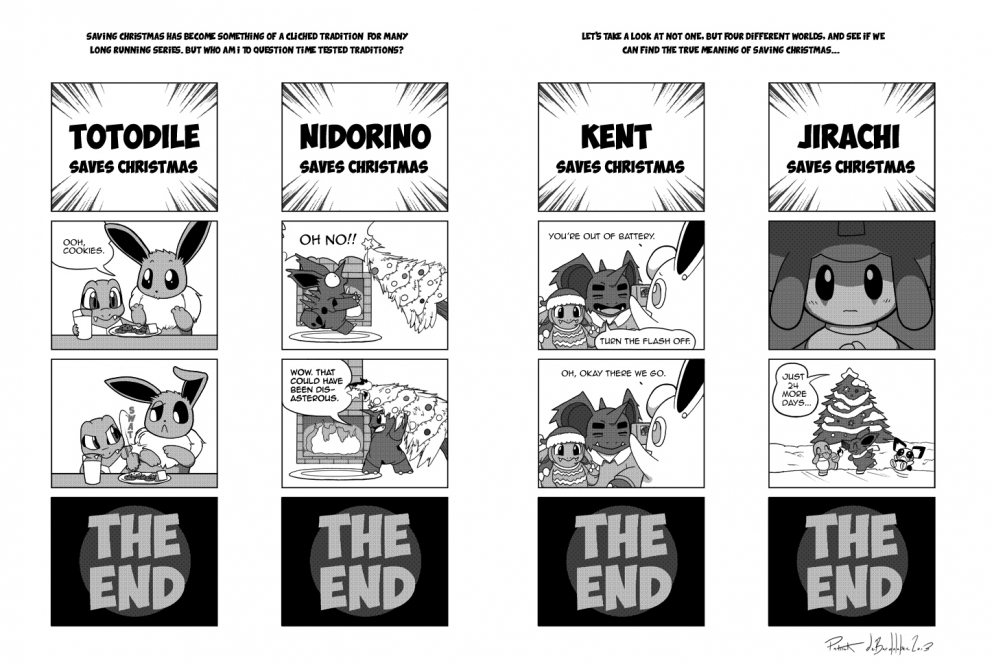 Holiday comics are definitely a thing. In fact, now you have four of them. This was the alternative to a much more elaborate picture I wanted to do (couldn't due to the Tumblr December Pokemon a Day thing), but this still took quite a long time. This method is exactly like how I'd want Chibi's Corner to look, which is probably why I like Jirachi's the most by association.

You know, combined with the beginning of Creative Worlds, I bet within the total time these sites have been up, some people have likely started having children of their own. Isn't that a wild thought? 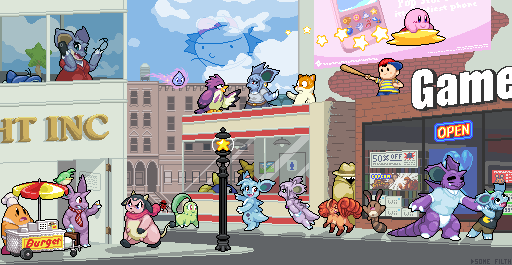 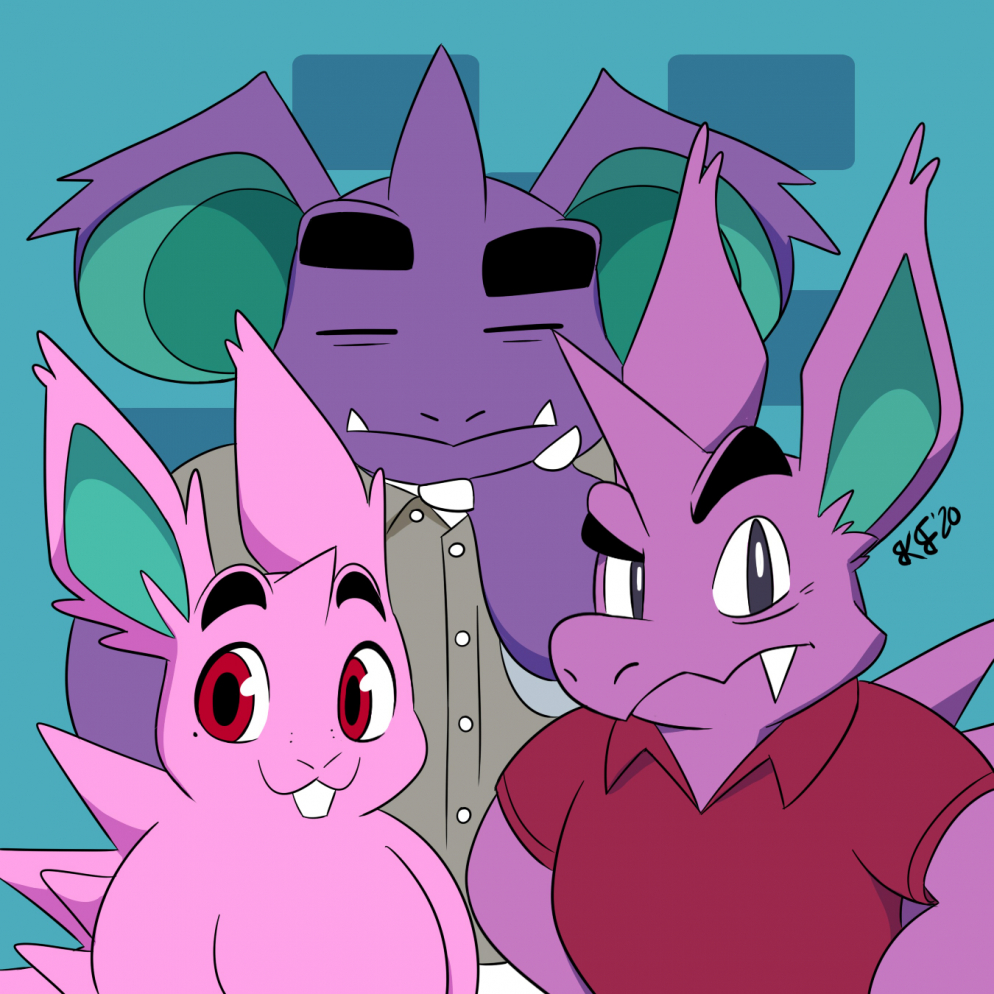