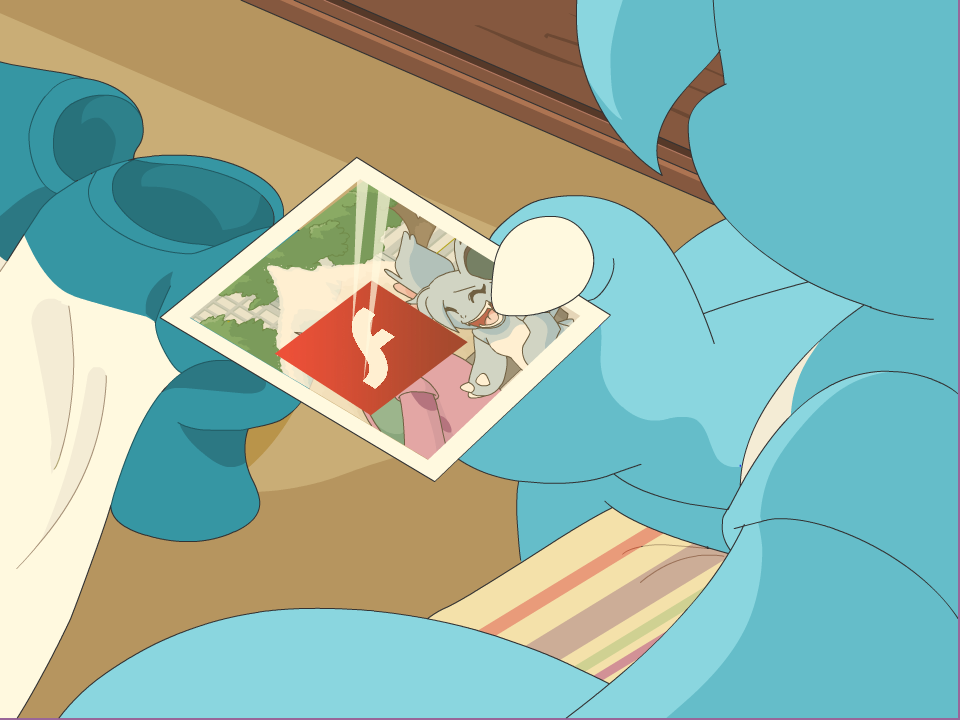 It wouldn't be February without the memories of unstable past relationships!

(Psst... make sure to View Post to get the full update)

Web Animations has been updated to include what's possibly the only web animation, Rainy~Struck by the Rain. In retrospect, this was probably the best accidental thing to happen (if I was a faster animator I'm sure there would have been more, but alas...). With Flash Player no longer being supported by the end of this year (December, to be specific), Rainy and all the other Aqua Bunny Flash games will cease to function... at least online.

The difference between myself and I would assume a great number of people who have submitted works to Newgrounds is that for some reason I'm still running a website that really only made sense to have in the aughts, and with that it would be really difficult for me to forget the Flash based content I worked on being exposed to it for so many years. That means that I'm aware that I have the option to try to do something about it.

The first option which is the least reasonable would be to convert everything to HTML5, but that's a lot harder than it sounds... I've already tried. It's not like pulling a simple Save As or convert to HTML5 in Adobe Animate. And even then I would have to learn Javascript, which is a timesink with zero payoff these days.

The second option would be to have separate download files available for anything based in Flash, which I plan to have executable files for the games at least, so those won't be lost (but you will have to play them from your hard drive instead). It works but it's not the world's most convenient option, especially if people aren't going to be patient enough to do that to begin with.

The third option, which sounds like the best despite still being in development phase, is to try to utilize ruffle, a Flash Player emulator. Obviously, Newgrounds isn't going to allow their legacy to just go ka-put, so whatever they're scrambling to put together is what I'll be keeping my eyes on. Ruffle seems to work as a proof of concept, but currently, it's not quite ready for widespread use. Provided this isn't yet another preservation project that falls by the wayside (and with Flash Player's doomsday clock ticking down, I feel like a fire is definitely lit under the right butts), I'm hoping I'll be able to utilize ruffle on this site so that the games and web animations can keep working as is, and that'll go alongside the separate downloads.

Regardless of what happens, don't take anything for granted and enjoy it while it lasts. If you haven't given Struck by the Rain a watch, yet, check it out, and mind the 11 year old character designs.