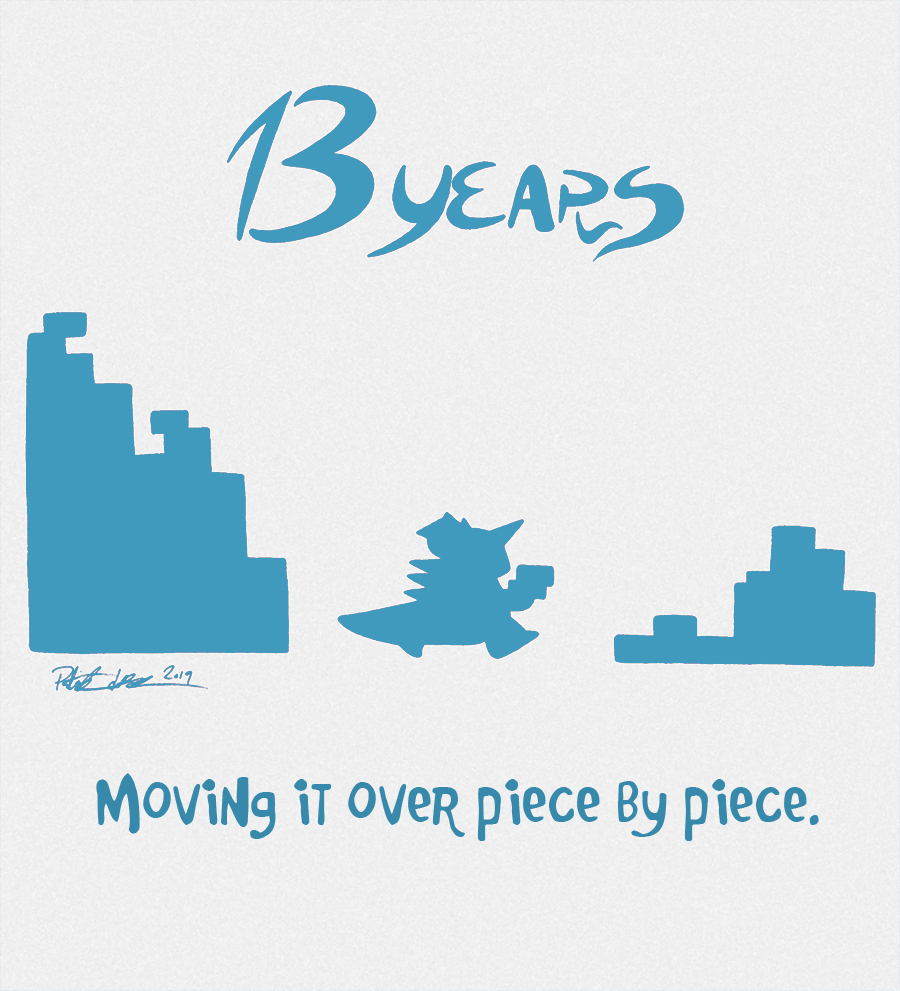 It's only fitting that the first official post for the new website be the day the site launched in the first place. Symbolic to none, however, considering you can't read this post as it's being posted.

As of the time that this copy is written, Aqua Bunny has turned 13, but this version of the site is still in development behind closed doors. I haven't really had a chance to do a proper update post so it makes sense to use this as a testing ground while also providing some value. Since I would like to migrate to this version of the site before the month ends, let me go ahead and copy what I've written for the day on the old version of the website and post it below:

Aqua Bunny is 13! It, uh... went away to boarding school for the last 5 months. Anyway, let's start with this:

[artwork in question posted, which will now have linkable pages thank the stars. I won't make a habit of linking to them like this but for the sake of keeping things similar to the OG post, click me to see the anniversary art]

Now as for the site, it's still in transition to the new website, but the problem is... imagine having to rebuild a house, but you're doing it brick by brick, and the bricks you're using come from the old house. There is no time saving methods, here. The way the new site is managed really requires sort of a not-so-efficient one-at-a-time system. It's pretty lame, to say the least, and with me being the only one who is doing it, it feels like taking an internship at pyramid building school. I've come to the conclusion that this will not end anytime soon, so what I propose to do instead is to just launch what I have closer the end of the month, and then just continue to fill in the new site in the coming months. I can't add anything to THIS site because I just have to do it again on the other site, anyway, so the only way to put up new content, this occasion aside, is to just have the new site up.

I may also try to have an archive version of this site in the meantime to fill in the blanks for the stuff that's missing from the new one, in case somebody really misses those Articles and can't wait for them to fill in or something. Anyway, that's the plan as far as I know it, and now you know it too. Perfect is the enemy of done so I'm just going to execute already, but hey, at least you can't say Aqua Bunny doesn't have a lot of content stored within it!

And there you have it. In the meantime I'll test out an archive site and see how that's feasible.