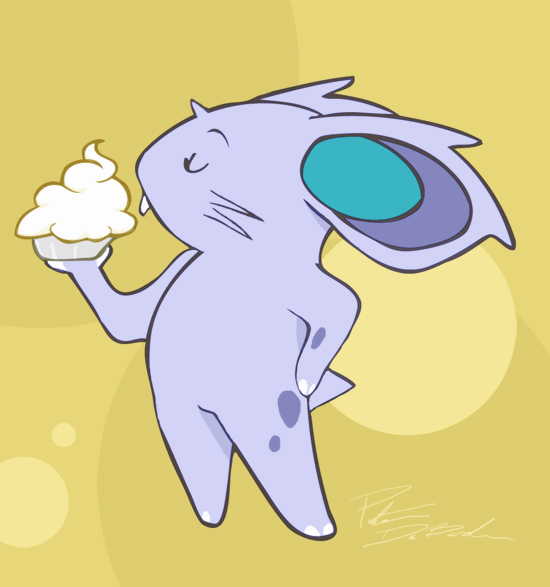 I like the artistic style used in old Vogue magazines and other magazines in the 1920's. I tend to refer to it as the fashion style, I'll need to educate myself on the real terminology. Besides, anime style tends to wear after a while, even if the characters were made in Japan (now granted, not everything should be Americanized, Kirby didn't transition well, for example). So, I did a little miniseries of the PI series Nido femmes. Nidoran starts us off with this pie she's pretty proud of. It could be used if she decided to open up a fancy French restaurant. Kinda like Ratatouille, except the whole film is drawn like "Your Friend, the Rat" instead of CGI, and it uses Nidos. Hot diggity dog, I'd be all over that movie. Anybody who could pull that off would get my hand in marriage. Heck, even an animatic in layouts only would be sufficient.