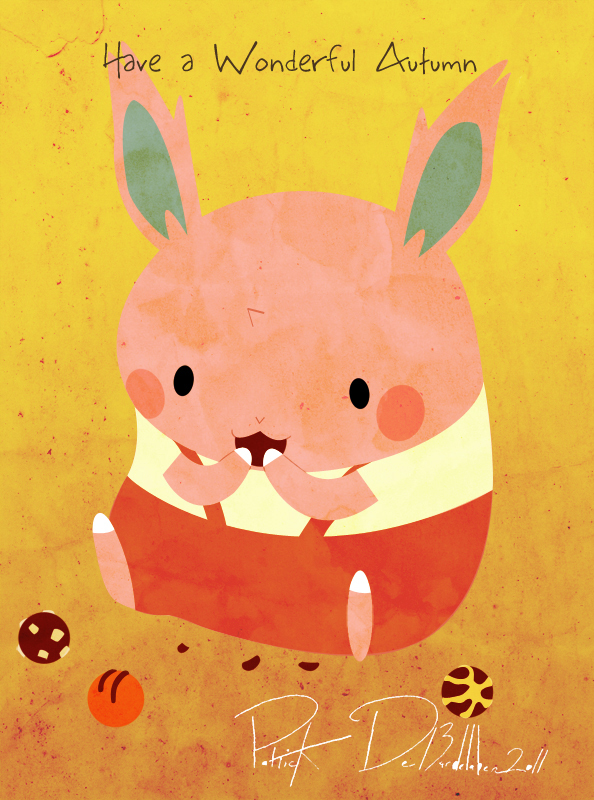 This picture isn't really geared to any particular holiday, but it is rooted in seasonal specialties. Inspired by some chocolates I had from Godiva. These were no ordinary flavors, however (which at Godiva are anything but from the get go), but special autumn flavors. They might've been Halloween themed but with flavors like pumpkin pie and its association with Thanksgiving, it's hard to tell. Anyway, the orange one is Pumpkin Cheesecake (and arguably the best one I had), the one with nuts is Carrot Cake (pales in comparison to the real deal, though), and the yellow drizzled one is Caramel Apple. I may not be much for Halloween, but I love how the Autumn holidays get the food industry pumped into making specialty flavors the likes you'll never see again until Christmas (if then), and then you have to wait until next year. And that's why the picture is titled thusly.

Originally, this picture was going to have Nidorina, being one to enjoy carrot cakes and decadent delicacies. But I decided it'd work better as a holiday-ish piece, and I really wanted to do something cute with Needles for the longest time.