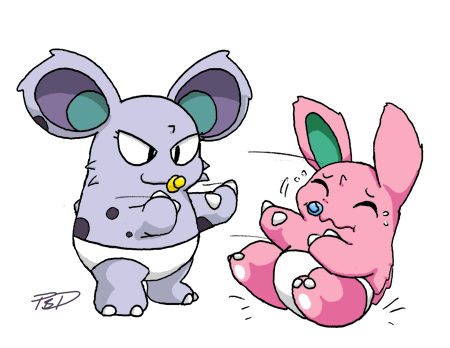 Based off of the Poke Tales versions, as opposed to their finalized toddler selves. Despite how it looks, they're actually close friends. Or maybe it just appears that way because Dot has no one else to play with, and Needles just takes it because the circumstance is mutual. I can imagine in the future, Dot becomes a Nini-like figure being all tough and protective of Needles, who is probably cowardly like Alternate Universe Nidorino. The only difference is it'll be more of a brother sister relationship, and Needles is just a nervous guy instead of a weird one.