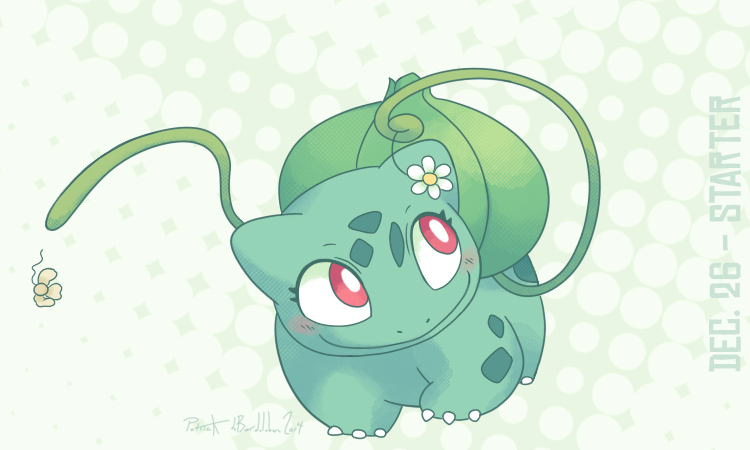 Bulbasaur was my first starter ever back when Red and Blue were first released, and whenever I'm given the option to choose Gen I starters again, I always pick Bulbasaur without fail. Case in point, Pokemon Y. You don't know how happy I am that Sugimori made Bulbasaur cuter starting with the Fire Red/Leaf Green games. I'm never switching, now.

Ms. Clarke is such a darling. If I ever had a Bulbasaur of my own (assuming Pokemon existed), I'd hope it was just as nice as she is. Despite being just as chatty as Nidorina with Nidorina, she still makes a nice, calmer contrast to her and the rest of the young adults. In fact she's probably closer to Nidoqueen, though a lot more outgoing and less introverted.

Bulba is from Alternate Universe, and is also inspired by the Pokemon of the same name from my friend's copy of Pokemon Gold.