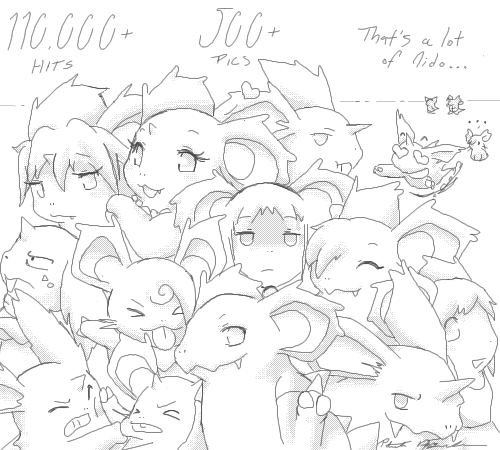 When this pic was made, I had over 500 pics and 110,000 hits. Pretty nice still considering this is a Nido site. Ugh, basic Nidorina's arm looks strange. This picture includes a lot of characters who were around at the time. Assuming you already know which characters are mine, from the top left going clockwise there's Achikochi, Brett, Kagome, Puck and Fwoozles. Moffie is in the background being anti-social, Nidoking and Queen are furthest back because they're the most under represented on this site. Nidoran M & F fight because they constantly seem to tie with each other as far as art goes.