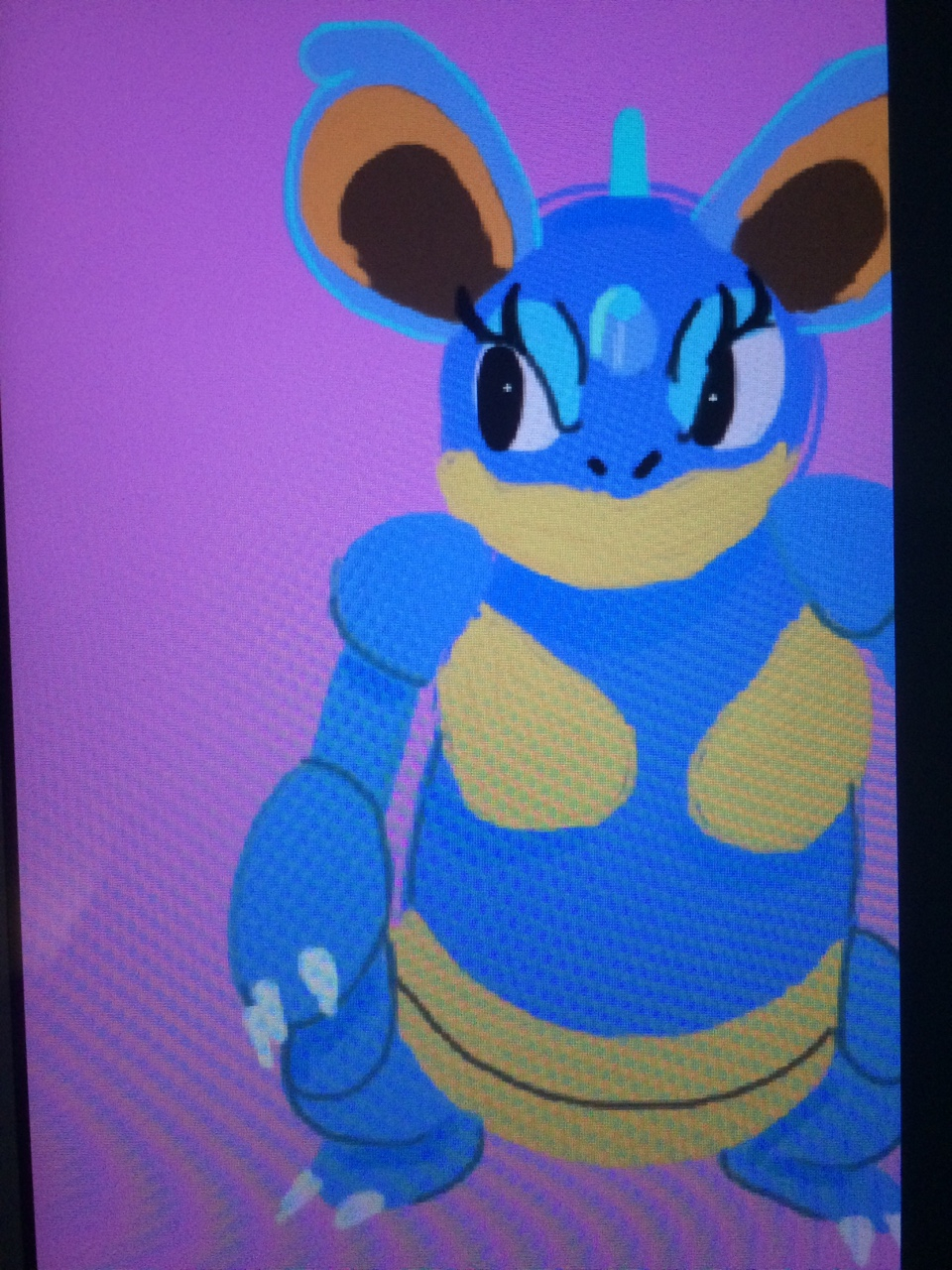 A thing I did on my iPad. I like the colors a lot. 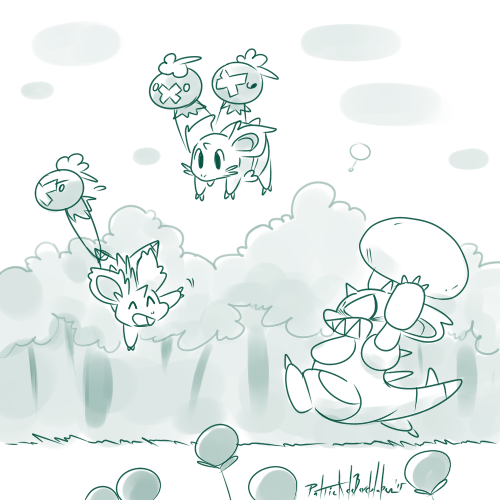 Even though this is just a doodle, I really like it, so up it goes. 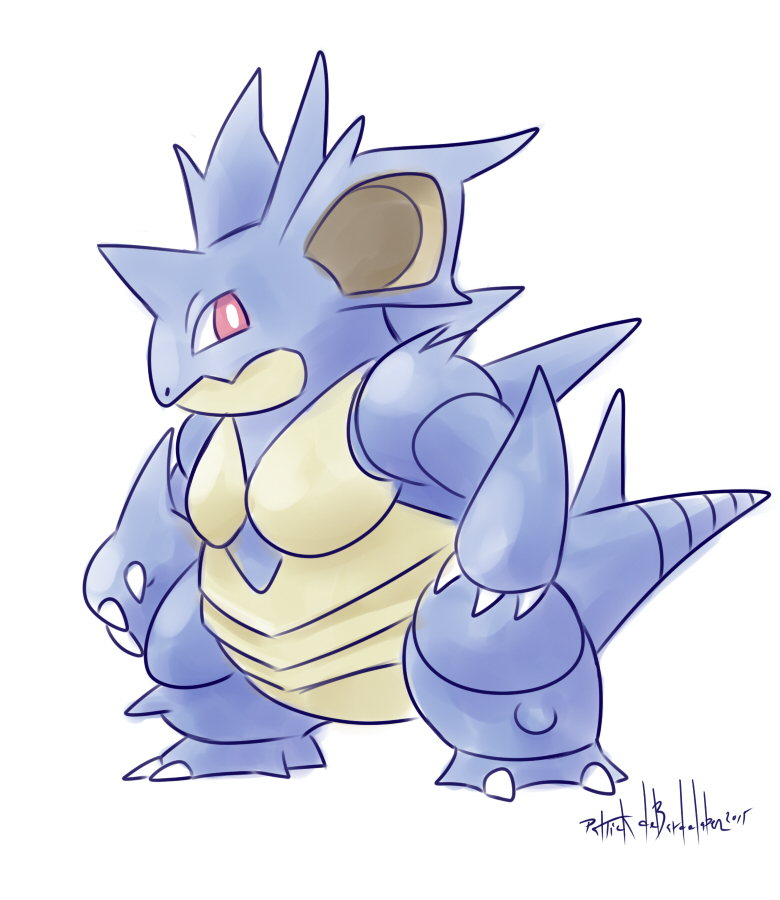 I had to get into the right frame of mind for this. I didn’t want to just pile on a bunch of overcomplicated crud for its own sake, so I thought “how would Game Freak reasonably* handle this”? Looking at many different Mega Evolutions as examples, I noticed some trends. Several Pokemon borrow elements from previous evolutions to connect them together a bit more, so Megaqueen’s eyes go back to red, her mouth is hooked like Nidorina’s and her ears gain more points going back to Nidoran/ina.

Then I thought “well, she’s considered the ‘Drill Pokemon’ so…” I figured she might be built for digging or excavating. The additional thorns or spiky extrusions are mostly for that exact purpose. Her tail also looks like a drill, even if it doesn’t function that way.

Finally, I figured something had to be done with the faux bikini, so I went more for a female warrior route, because I can see that also being a thing. The Mega Evos could be considered more warlike, or built for battle, aside from digging stuff. Plus, it brings her a little more in line with Nidoking. So there it is, the thought process using a few theories of creature design.

*As much as I’d rather see it go a more Kaguya Hime route. I still think Nidos have some unspoken association with the moon, I mean, moonstones aside, they’re lumped with Clefairy and Jigglypuff in the National Dex, but I have a hard time visualizing a reasonably designed maiden-like Nidoqueen. 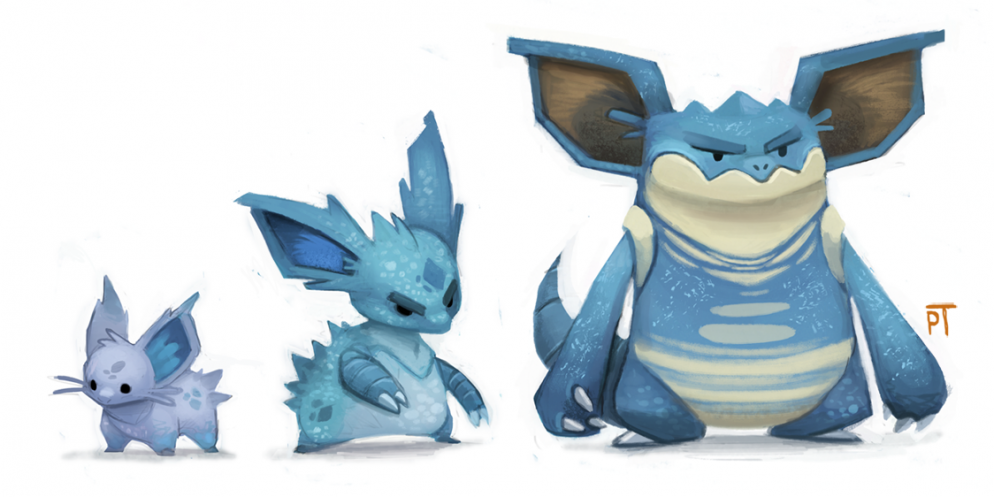 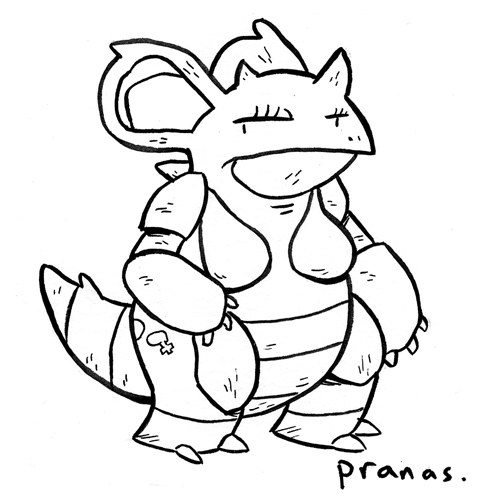 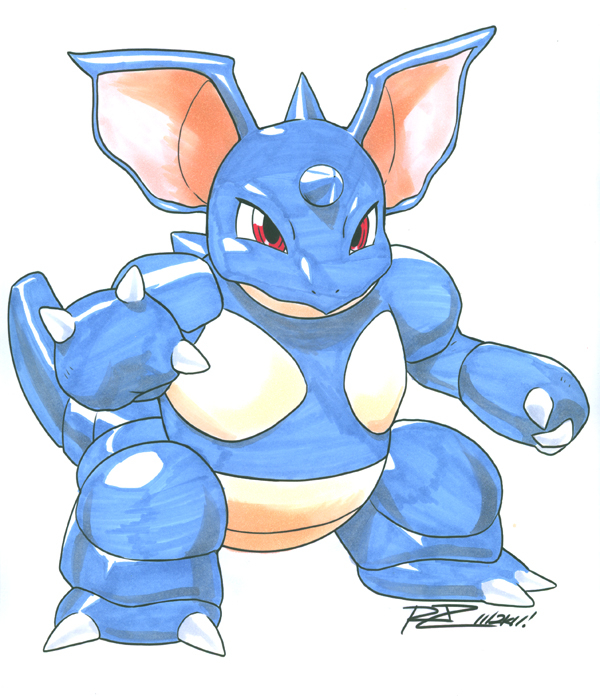 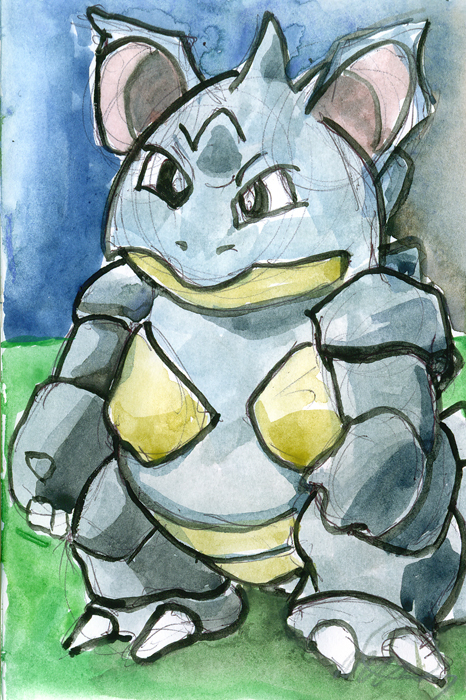 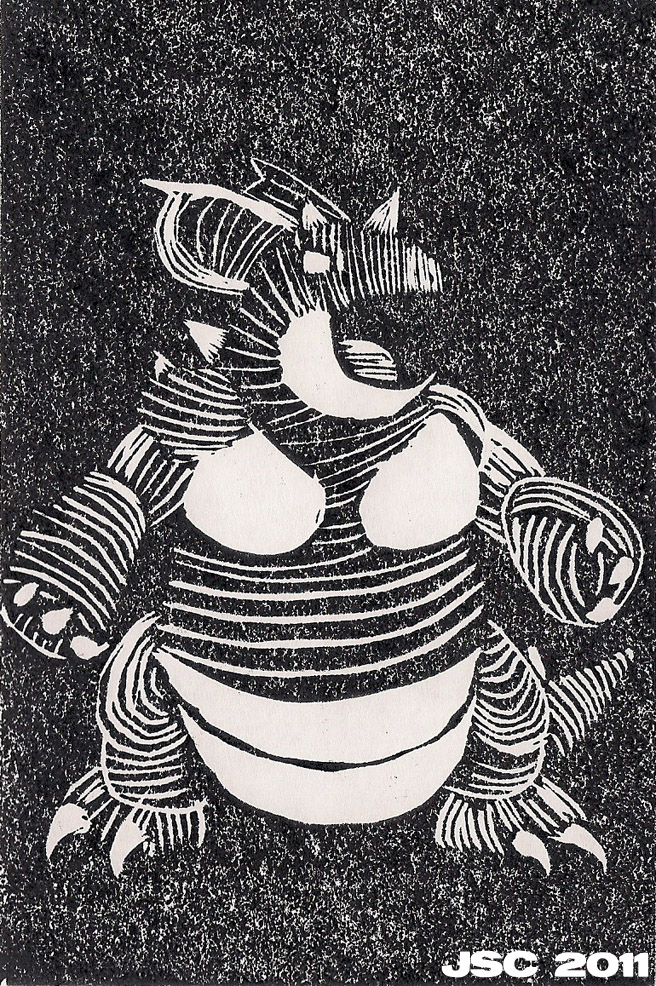 This is a relief print that I made by carving and inking a piece of linoleum. I think she turned out well. 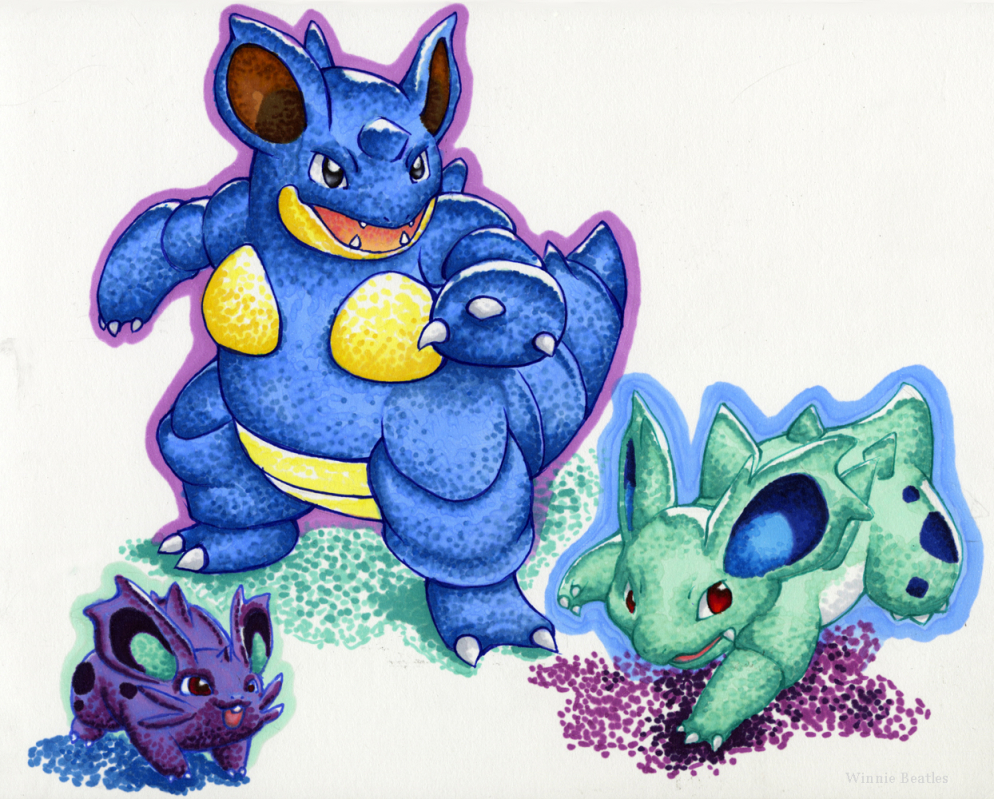