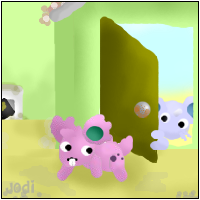 What's this? An abandoned house? Ooh, let's go in! Mom hasn't outlawed it yet, right? 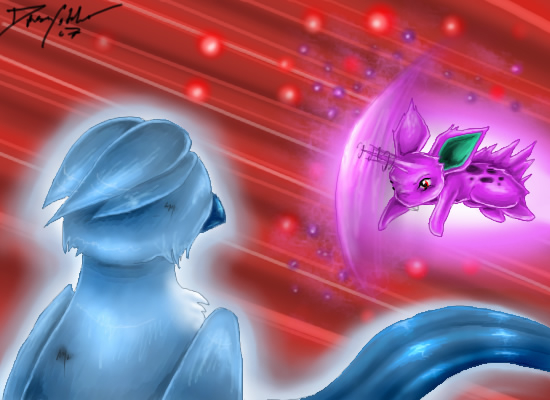 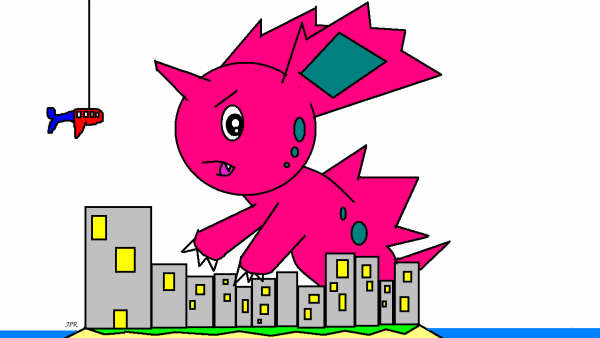 A Nidoran Male is acting like Godzilla, using a city playset. The program used is Microsoft Paint. 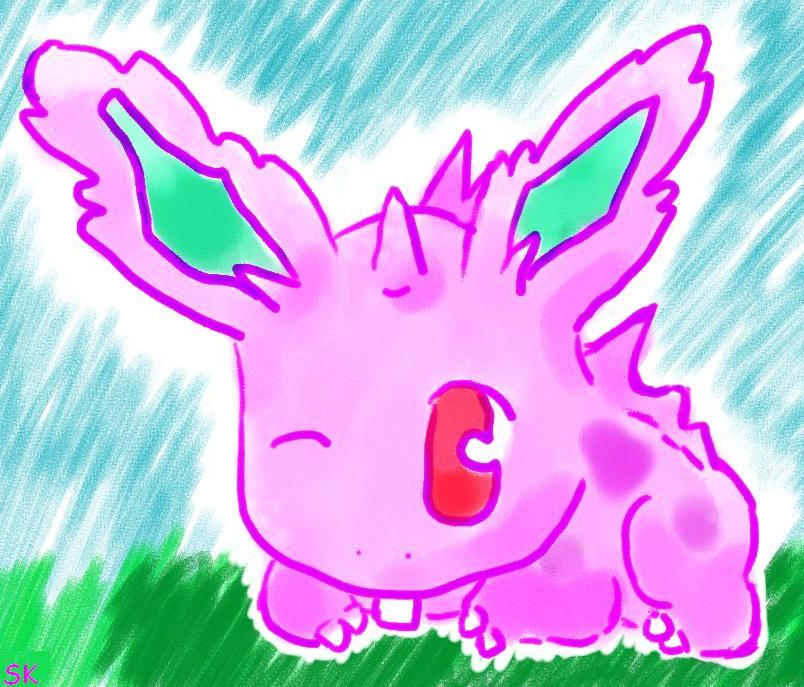 Nidorans are some of the cutest Pokemon around, but usually I don't see many pictures of them. They're so simple to draw and so adorable ^^ 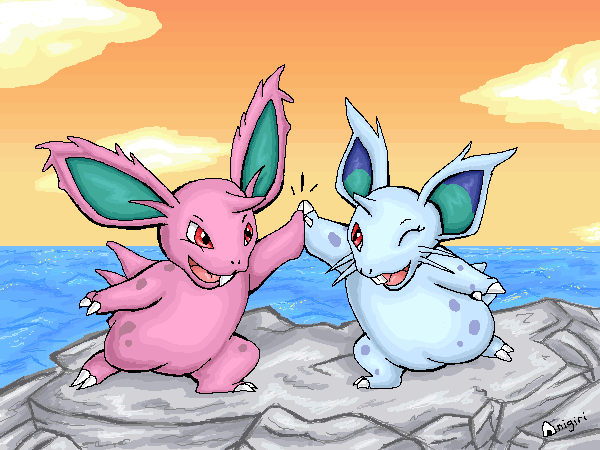 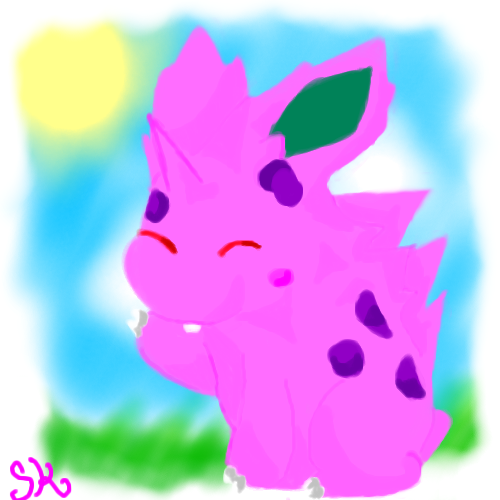 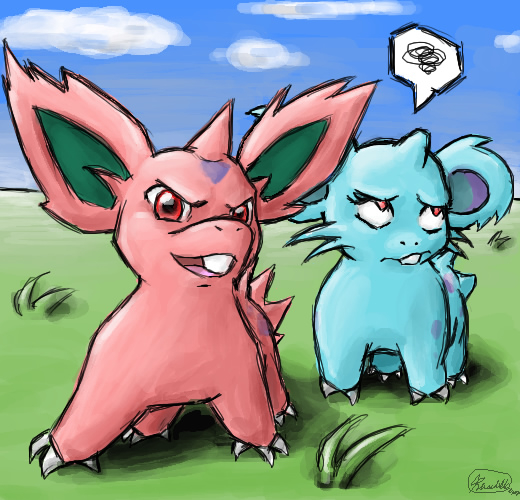 Y'Know, I was asking myself: Nidos are cute, why don't I ever draw Nidos? 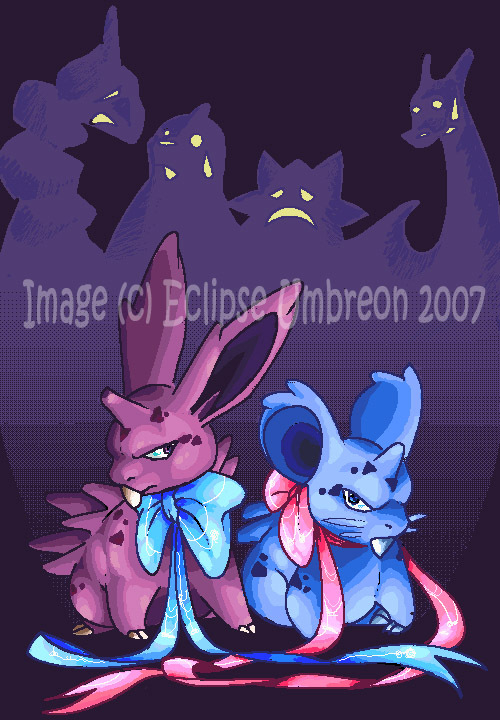 When Asusc and Fae were young, they belonged to an extremely spoiled little girl. The brother and sister were given to the girl as a gift (in fact, these two Nidoran were considered descended from royalty within the region, from a particular pair of Nidoking and Nidoqueen). However, the little girl grew tired of the well-trained twins; they would obey her every command, but that was the problem. They never let the girl get into trouble.

On one of the coldest nights in the year, the little girl refused to let the twins play with her anymore, shutting them outside the mansion walls. Asusc and Fae grew troubled as the days passed, and they were not able to reunite with the girl... On a particular quiet night, Asusc had had enough, if the little girl wanted a pokemon that misbehaved and pulled off naughty stunts, then he would give her that.

With much persuading to Fae, Asusc and his sister ventured into the city and began their legend... Within weeks, the local gang pokemon quickly learned that candy-colored powder-puffs were NOT to be harassed, for Asusc had laid waste a particular Arbok for attempt to bash his silken blue ribbon.

They soon became known within the city; two brother and sister Nidoran, with extraordinary abilities. Word of their strength spread like wildfire, the pokemon whispering that such small creatures could pack such a punch... 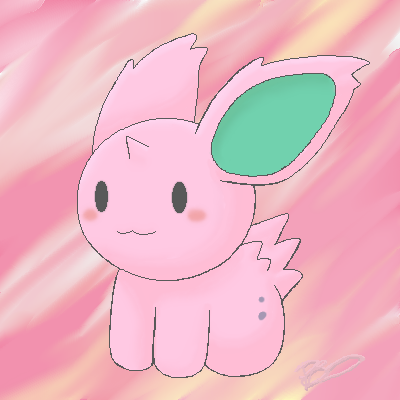 This picture was very timely. A day after Crane Crazy was first completed, there was a Poke Doll contest at an oekaki. So, I entered with a Chibi-Chibi Nidoran Male doll. You know, when it really comes down to it, it's hard to dechipher who is cuter, the male or female Nidoran. 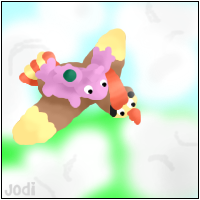 Inspired by a part of the anime opening where the flying Pokemon are giving the others ride.