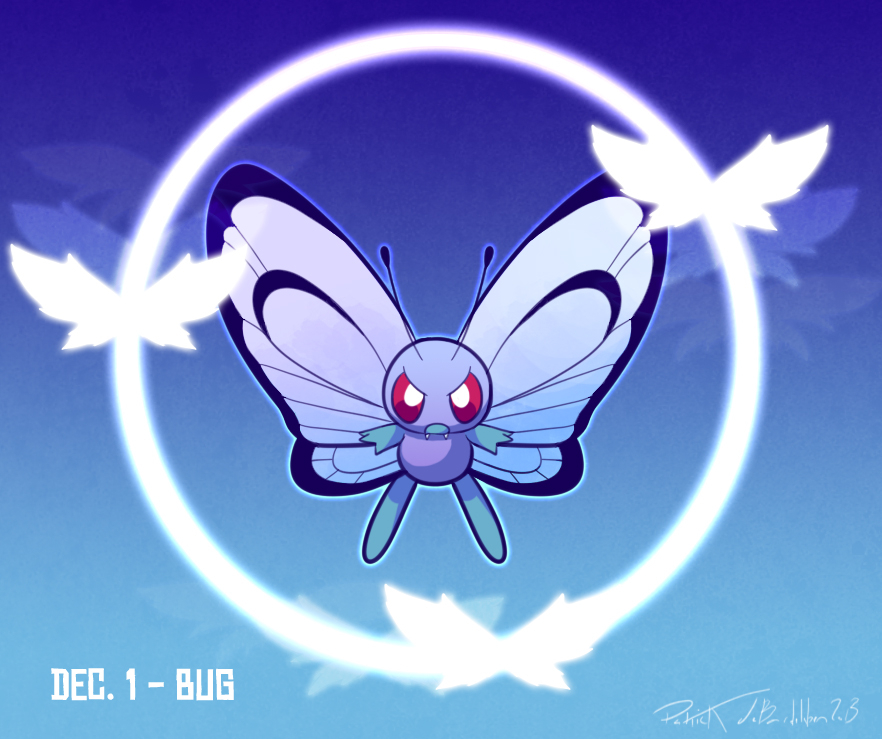 It's only fitting that this kicks off with Butterfree, probably one of the absolute earliest (reoccurring) characters in any Pokemon inclusive series I've had. Butterfree has also been my favorite Bug for the longest time, with Parasect closely behind. Butterfree gained the title of "Psychic Butterfree" from the Poke Forest denizens because of his immense power and apparent "Chosen One" status. He's been appointed as the guardian of Poke Forest by Lady Mew, meaning that there are other areas of Poke Island with their own guardians to keep order.

Butterfree is from Poke Island.