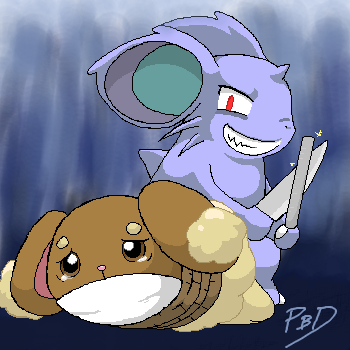 I don't care how cute Buneary thinks it is, Nidoran would kill it 15 times before it touched the ground. It's too stupid to even hold onto items. You can't edge out Nidoran, she's the original rabbit (esque) Pokemon. Keep in mind I don't actually hate Buneary, but let's face it, Nidoran could easily kick its behind.