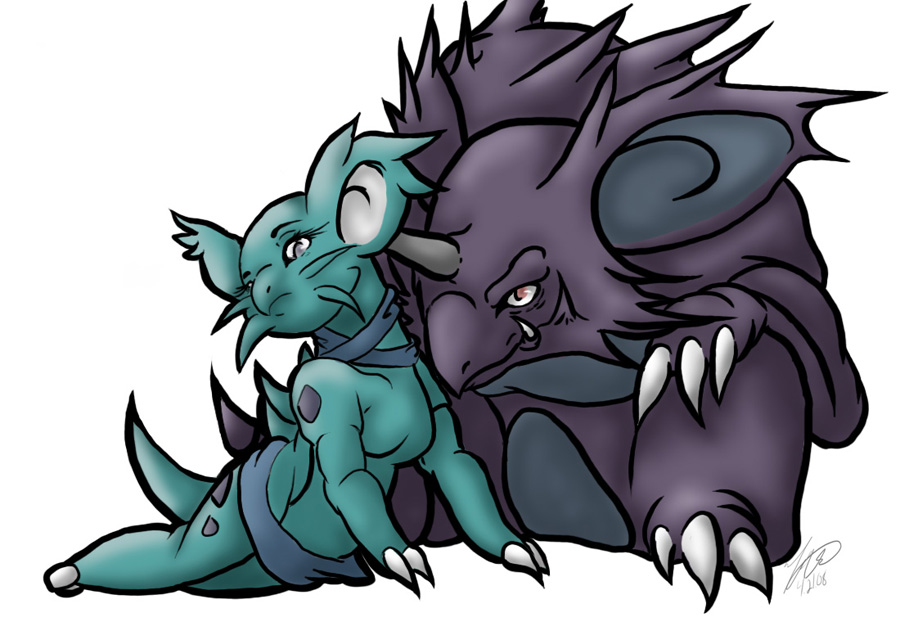 This is Nisanna the Nidorina and Hector 'Big Daddy' Rino the Nidoking. Nisanna has been with Big Daddy ever since she was a little Nidoran. He saved her from death after her mother abandoned her. Nisanna apparently had some sort of health problem, but Big Daddy is an ol' softie, despite his rough and tumble ways with his gang, and decided to look after her as his adoptive daughter. Nisanna's suffered a bout of pneumonia on a couple of occasions, causing her to be weak, but she's just as big a help in Big Daddy's gang by taking care of them when they're injured in their many turf wars with Emperor Aganthis and his Empoleon gang.