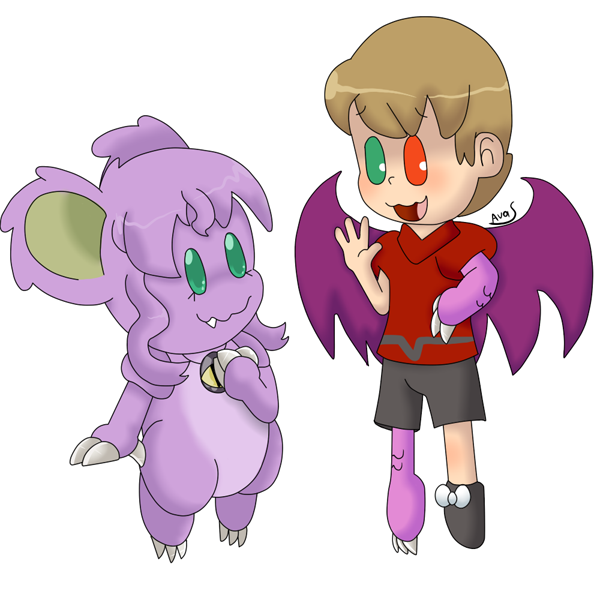 This is a rare sight to see, a human character on Aqua Bunny!

Let me begin with this, I love Alternative Universe and Charlotte. It’s one of the best webcomics I’ve ever read. And Charlotte is probably the most well developed fan character for pokémon I’ve seen as well; I think she’s better developed then Mewtwo or some of the more “important” characters of the anime series.

The boy on the right is Willis. He’s (obviously) an experiment gone wrong and he is heavily inspired by Charlotte. Instead of being a Creature of Judgment, Willis was meant to be invincible/immortal human. A lot of the original ideas that the organization had for him failed (For an example, Willis isn’t immortal or invincible, but he does have some pretty kick-butt psychic powers) and mistreated him, which later lead him to run away and meet the other main characters of the series that he’s in.

Since Willis is a tribute to Charlotte, I thought it would be cute for him and her to meet. If they really did meet they would probably become really close friends and maybe even have a brother/sister like relation ship with each other.