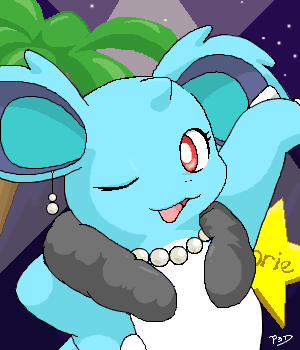 Based on the 4th "episode" of Poke Legends, titled "Nidorina: Movie Star." Her rarity as a legitimately appealing Nidorina gave her a chance to star in an Indiana Jones-esque film. "Nidorie" (Nih-DOOR-ee) is a stage name. In the Pokemon film business, only one Pokemon of its kind is allowed to keep their Pokemon name, if they were never given another name at birth (i.e. John). It's first come, first serve, so for example, any subsequent Pikachu after the first one would be nicknamed "Pika", "Chu", "Chuka" and so forth. So obviously, Nidorina wasn't the first Nidorina on set.