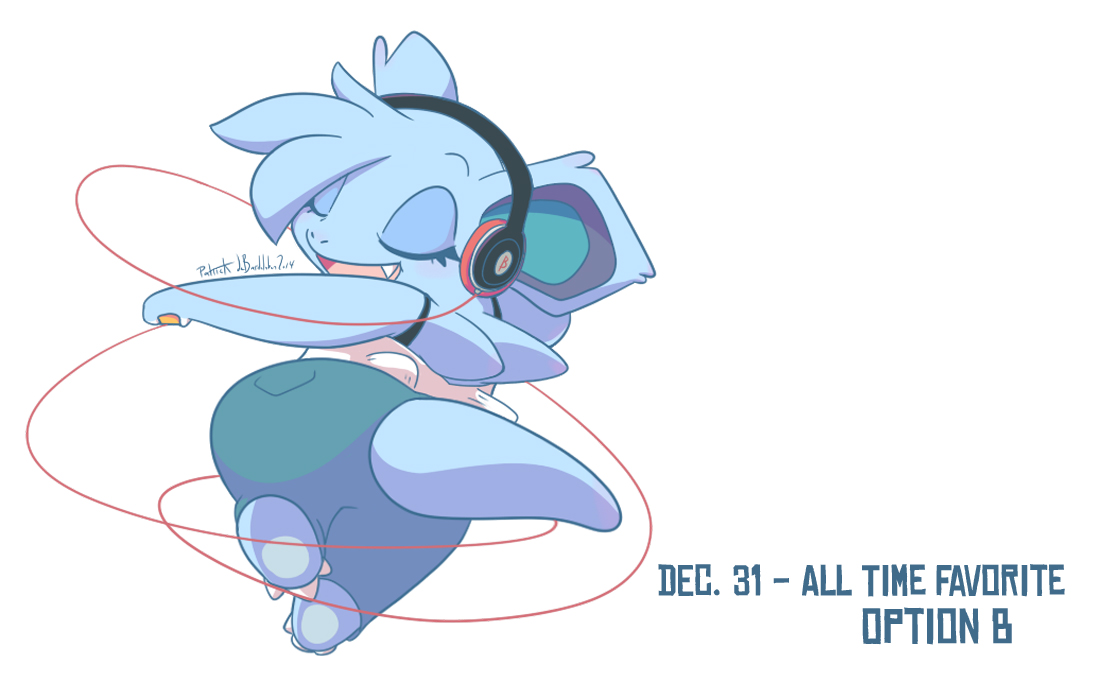 Option B: What you get is a Nidorina who's a little closer to common appearance, but acts primarily like a human with furry reminders (that is, moments where you're reminded she's still some sort of non-human creature) here and there. If there was an Option C, it'd be Lisa, who looks like a common Nidorina by and large, but has no monster left in her. Interesting how backwards it turned out. That's just the way it is.

It's likely for the best this one turned out the way she did, because at the very beginning she was so much like her predecessor, Nidorina, that she might as well had been the exact same character. The further development of character has made her a lot more unique as time went on. As for the rest, you know the story. Spunky big sister yadda yadda yadda.

Nidorina is from Alternate Universe, and is also inspired by the Pokemon of the same name from my copy of Pokemon Silver.