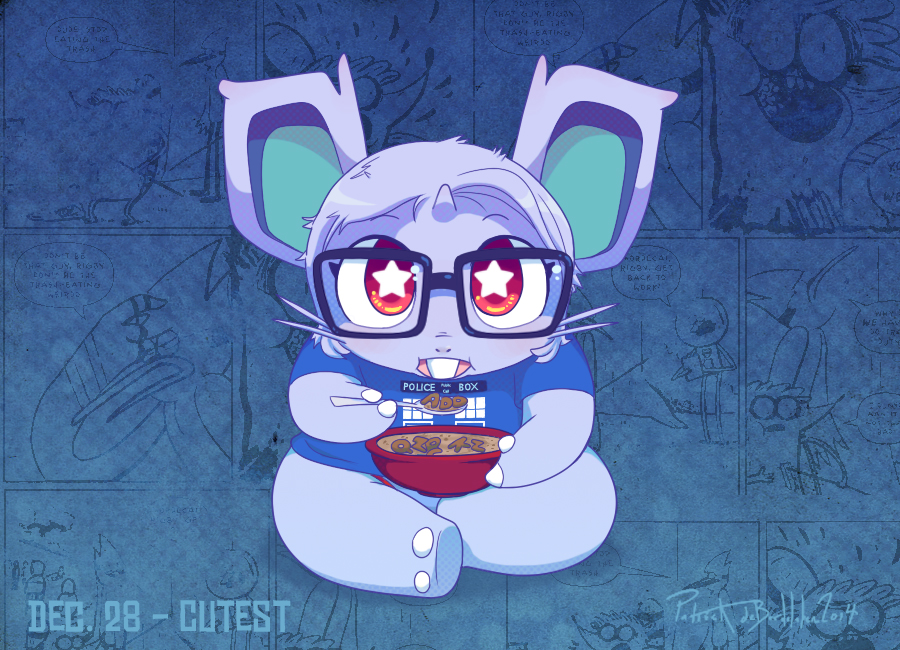 Is it time for Saturday morning cartoons? Don't be ridiculous, they generally quit that a long time ago. No, this woman rolled out of bed at two in the afternoon on a Tuesday, now engrossed in midday airings of Steven Universe (which has now ended, by the way). A curiosity: if a Nidoran has bedhead, does that make them more lethal? Didi and her sister get along so well, especially at a time when they need each other the most. Two peas in a pod, really, which shows that a familial bond can sometimes be the strongest one of them all.

Didi is from Alternate Universe, but really gets some time in the limelight in the Dumb Big Sister, Stupid Little Sister comics.