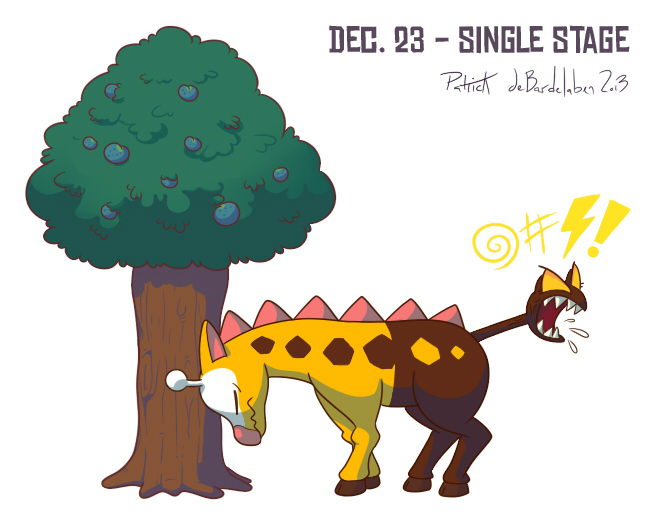 While I wouldn't say she was forgotten, Giselle was a character who was largely untouched since the end of Poke Legends. I always liked Girafarig, I mean Kine had one in AU, though lumped with the rest of his background, seldom seen captures. It wasn't until I brought her back from the grave for Rhythmic Pop'n that I started to take reinterest in Giselle. She was mostly placed in that game as a left field "bet you didn't see this Pokemon coming" entry with a fitting song to go along with it. She has interactive potential, afterall.

Giselle is sort of worldly in a more, wildlike way and isn't too interested in domestication when she can travel the world as she pleases. However, her tail is just antagonistic and hates everything, moreso if it makes Giselle happy. The tail intentionally drives any potential friends away just to keep Giselle alone. And when she's not being hateful, she's being a smartass. Perhaps that pun was intentional, I dunno anymore. It must be awful to live with a second head that goes out of its way to spite you.

Giselle is from Poke Legends.