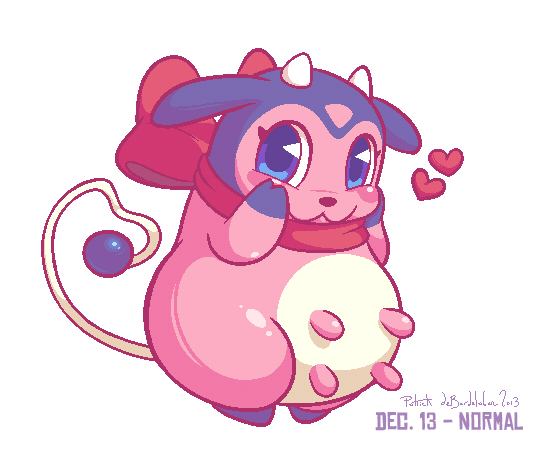 Milk and pixels, as it were. Miltank's rather deceptively charming. She's a rather patient and positive character outmatched by Espeon (granted, Espeon is, uh, "special"...), and she's smarter than she looks or even acts. It's hard to make her upset, and even harder to make her angry, despite Kine's never-ending onslaught of verbal abuse and Chikorita's less than kind attitude towards her. Like Kine and Nidorina alike, Miltank tends to take a moral path unlike Nidorino and Sentret.

Miltank is from Alternate Universe, and is also inspired by the Pokemon of the same name from my copy of Pokemon Silver.