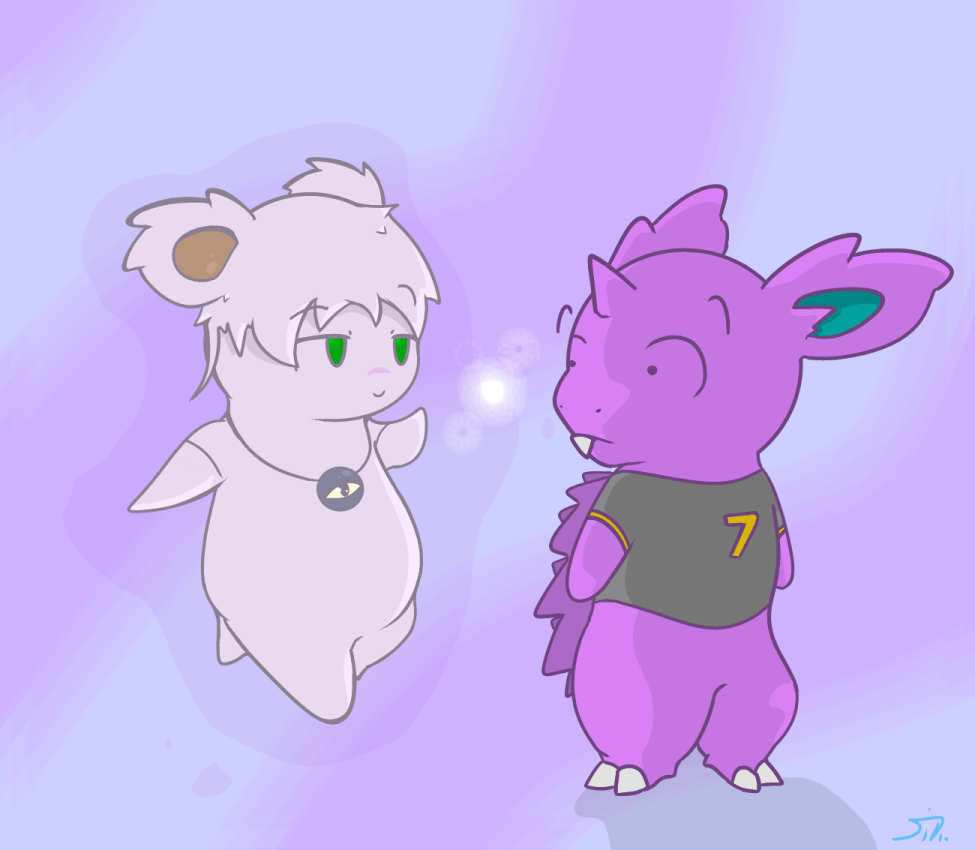 Of all your nido-characters, I've always had a biting urge to draw Charlotte. Maybe it's the character design, or maybe it's just the last couple of AU comics (which are awesome beyond further description). To spare some more unnecessary rambling, I was recently prompted to draw her when I realized that my own nido-character, Charlie, had a name that is strikingly similar to Lottie's. ... I... swear that wasn't intentional. For whatever reason I never caught on. ^^;

I ended up drawing both of 'em, but I'm not so pleased with how my own character turned out. In hindsight, that's probably because I'd put so much effort into making Charlotte look somewhat accurate that I didn't have the willpower to make my own nido look any good. XD