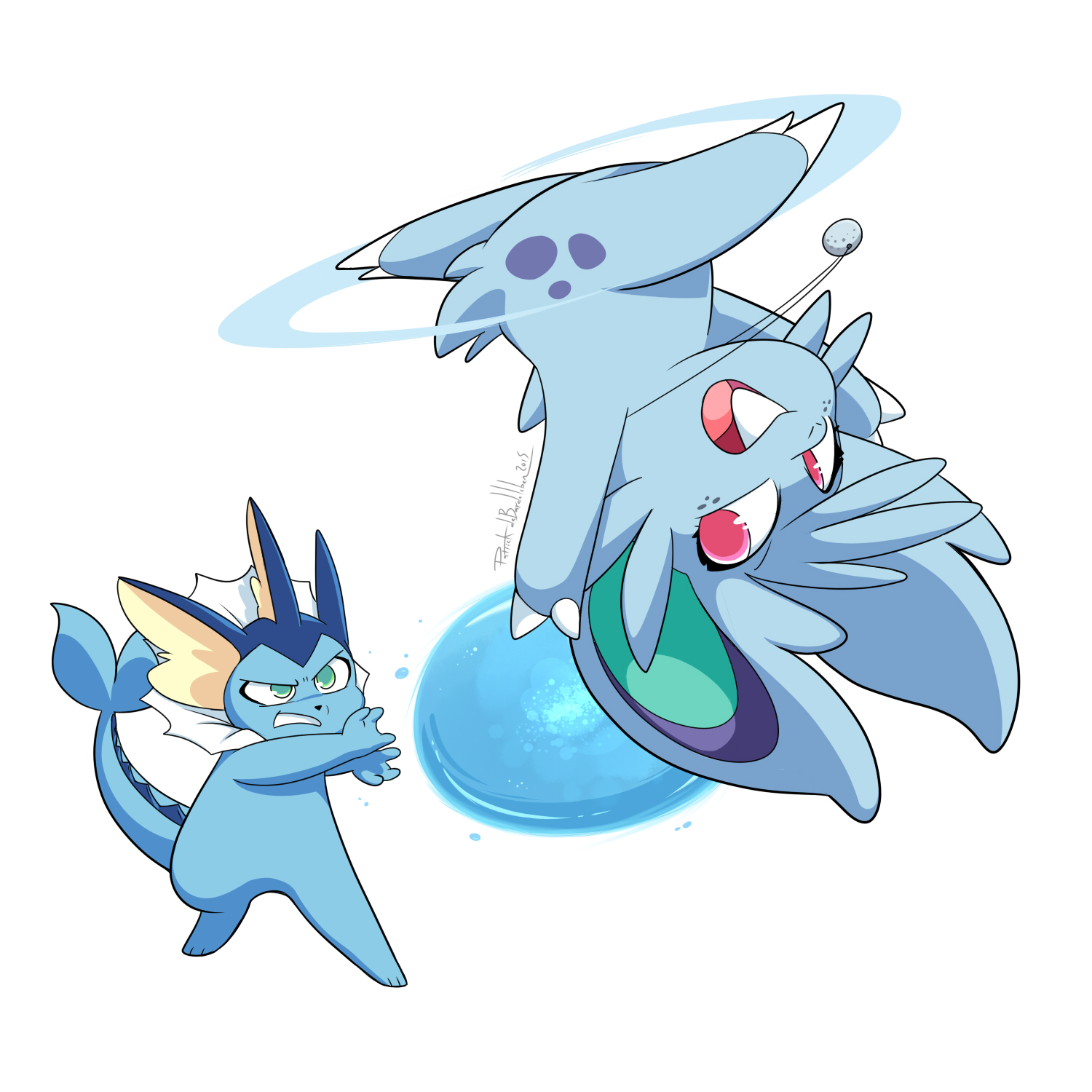 Yeah. That's the actual title. I'll give you a minute to figure it out, based on the picture. Figure it out? Well, the lesson is, if you aren't specific about what you want, you may end up with something silly and unexpected. However, that might actually be preferable. I didn't actually plan to draw this picture as shown, it just sort of happened. Nid is Nid's Nidoran, Vapek might be hers, or he might belong to another, but it's all good (I suppose like Blade Knight inc. and others weren't technically created by me). Nid is also a pretty long running Nido character. Not the longest running, of course, ahem.