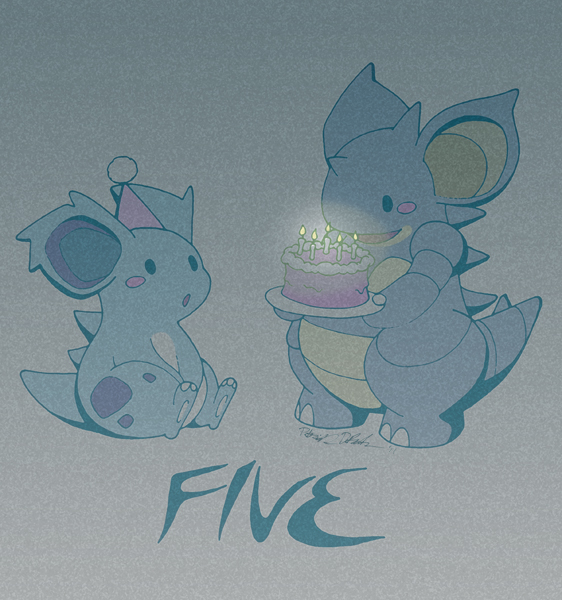 On December 13, 2011, Aqua Bunny lasted a whole five years. And holy smokes it was even faster than the last. Maybe I'm getting older, time seems to speed up when you're old. And I've been busy as all get out, which is beneficial only for me, but not really for the site. No, I'm not moving on, this isn't that speech (though I might be iRL, God I hope so).

Anyway, this time I decided to go a more symbolic route with the picture, to reflect the past year. What it means is that despite all the bright lights just ahead as far as new releases go on some media, I've been otherwise keeping everyone in the dark. If you weren't a part of the newsletter, you don't know jack, and if you were/are, up until a point I've kept people informed until I went into blackout-workathon mode. If I recall the whole fiasco with Mega Man Legends 3 (remember when I made that update? Check out the Multimedia section if you weren't around), Capcom hasn't really won back its fans by keeping people in the dark. And as I said back then, the last thing I'd want to be is to become a lot like Capcom has been towards Mega Man fans. So for that, I do apologize if the year has been really slow (though I warned this would happen last year), and for being so mysterious, but I don't want to make the mistake of announcing something WAY too soon (Poke Island Special Edition, for starters). And to those following the newsletter, you know how long this new thing's been in development. Almost to the point where for profit developers would be better off dropping the project.

So here's the deal. I'm 100% free of any other responsibilities after December the 18th. That may not last too long, so what I want to do is to make sure I get one thing showcased by or before Christmas. I've been riding along using two different calendars this year, the Chinese calendar and the Gregorian calendar. While I technically have some time left using the Chinese calendar, I'd rather say I at least had something to show for the international year of 2011. So have the stakes been raised? You betcha. But barring any unfortunate mishaps (and believe me, they happened, and yes, it was site related. I don't tell you these things though because I don't believe in scaring people if the problem can be solved, and solved it was), I'm ready for it.