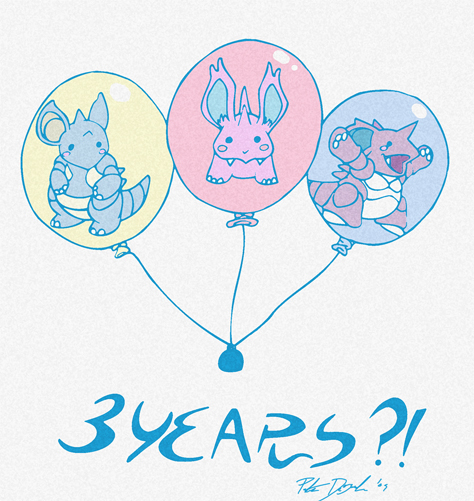 On December 13, 2009, Aqua Bunny lasted three full years. And it was meticulous. The greater portion of the year was spend on rebuilding the site and re-establishing it. And yet, even statistically it's still better than 2008 was. Then again, so was 2007. Slow year? Anyway, some new things that you see today were established with the new site, such as articles and character bios. All in all, it's pretty much a fresh start. Follows consistent design from the first two anniversary pictures.