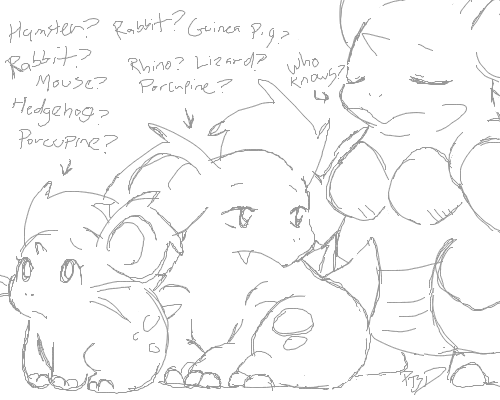 Sure, many Pokemon aren't supposed to be easily identifiable, but the Nidos are curious creatures, if only because they seem like familiar animals at the beginning, then trail off into strange hybrids later. I've done a lot more research into this than necessary (which is actually to say I just discovered the obvious and found supporting evidence), so I can say with some confidence that at the least, I know what Nidoran is related to. I'll go into details about this later, but for what I know, I've looked into it enough to have an idea of what Nidos are NOT, despite claims otherwise, and for certain, they cannot be classified as a single animal (the bunny in Aqua Bunny is a generalized foundation, but it's not the absolute).