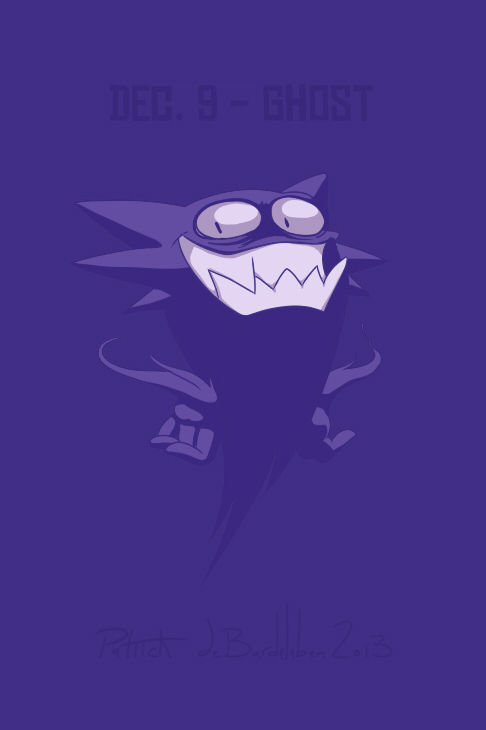 Haunter barely holds the title of favorite Ghost, as I may have discovered his replacement in Pokemon Y after this was drawn. However, like Goodra, character familiarity is necessary. It's also funny that Haunter has this really cocksure look on his face, but hasn't visibly won Death Reaper JOE any battles. That being said, he's his next most reliable Pokemon, second only to Misdreavus in that she actually has power to back her loyalty. The rest of them have personality quirks or ego issues that get in the way.

Haunter is from Alternate Universe.