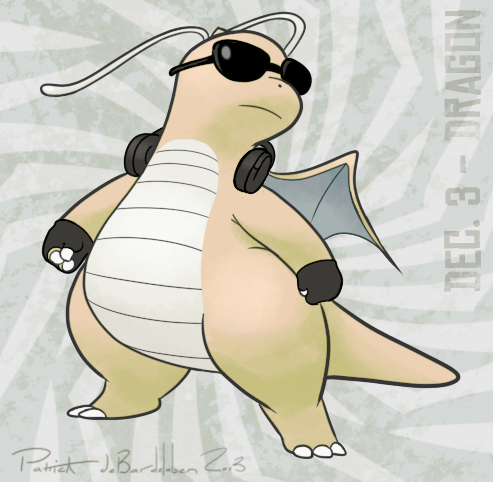 The cuter dragons of the series I like. Dratini and Goomy's family are all neat, and so is Flygon (I forget if Vibrava's a dragon, and Trapinch certainly isn't, but he counts as a favorite elsewhere). However, familiarity makes me side with Dragonite, whereas a newcomer like Goodra, who for all intents and purposes is even cuter (a cuter fully realized dragon than Dragonite? And people thought Dragonite was as twee as it was gonna get), doesn't get the bill because I'm just not familiar enough with it. Needs more character attachment, that Goodra.

This Dragonite is rather run of the mill, laid back and easy going like a beach bum. However, you'll find he has the fortitude and smarts of an archaeologist and adept treasure hunter when it comes to learning about who he is as a "dragon".

Dragonite is from Poke Island.