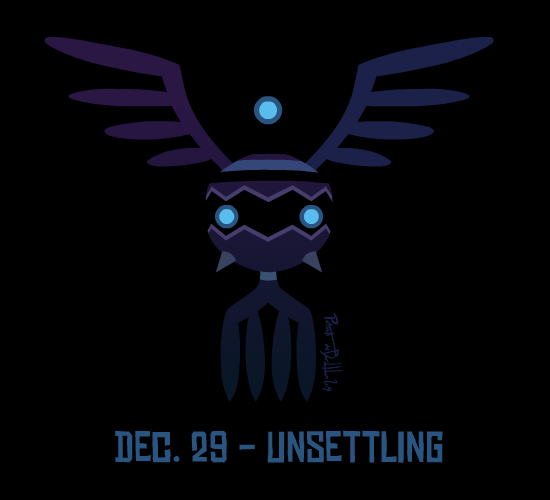 I think this one called for scariest. TBH I don't really think any of them are scary except maybe Beedrill for practical reasons, but I'll compromise with "unsettling". When I first saw this thing pop up in Pokemon Y, I literally said to myself "what the hell is that thing~" in a low, uncertain tone.

If MissingNo had a physical form, it'd look like Sigilyph, perhaps crossed with Claydol and Deoxys, which were Pokemon I used to consider weird back then. And that's on top of looking like Double from Skullgirls to begin with. Needless to say, I caught one, and now I'm rather attached to it having gotten past the fact that it just shouldn't be.

Sigilyph was going to appear in a comic that's been canned, but maybe I'll still use him elsewhere. Currently, he is inspired by the Pokemon of the same name in my copy of Pokemon Y.