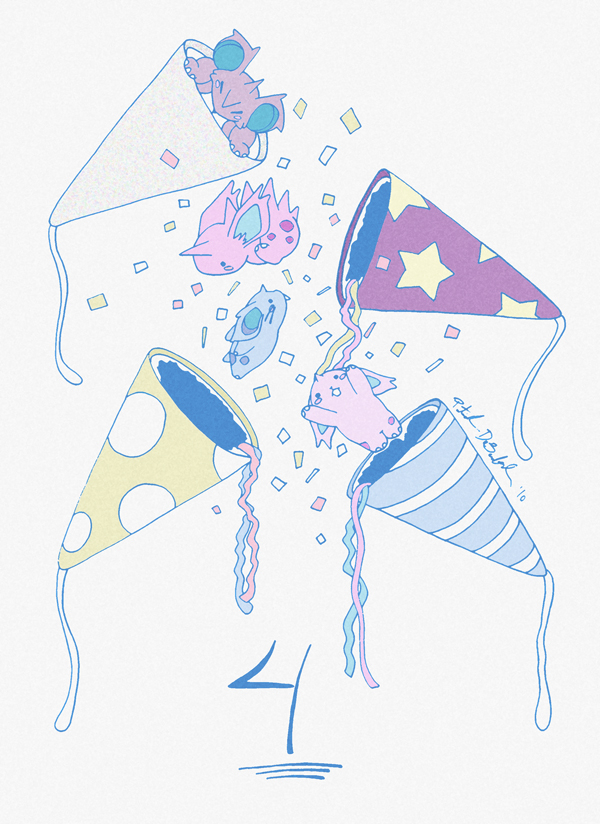 On December 13, 2010, Aqua Bunny lasted a whole four years. And it... eh. The year went by so fast, I can't actually recall any one individual thing. But, I know I'm really cramming it in, here, whatever I can do. This year seemed mostly like piddlin' stuff, considering all the bigger ideas I'm still working on (aside from WarioWare DIY, had that planned out since it was first revealed to the Japanese public). Hopefully, next year some of the fan art (or whatever bare minimum outside content) slack'll be picked up so I can just zero in on the really big deals.