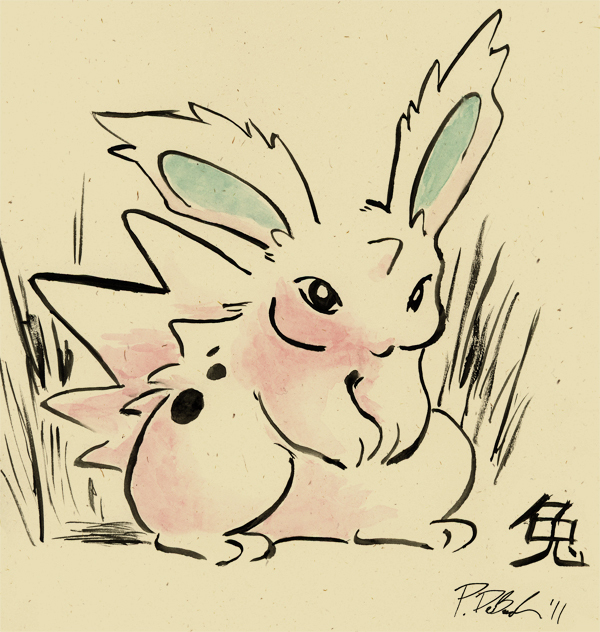 Influenced by sumi-e. Okay, so I didn't use any ink, and there's some color, but I did use watercolors (the kind in the tube, not the cakes). Took a few tries, but I ended up with this version which I like the most. To me, it took far less time than anything digital would have. The brush strokes just wouldn't've been the same if I tried this in Photoshop. Anyway, happy Year of the Nidoran. Uh, Rabbit. Same difference.