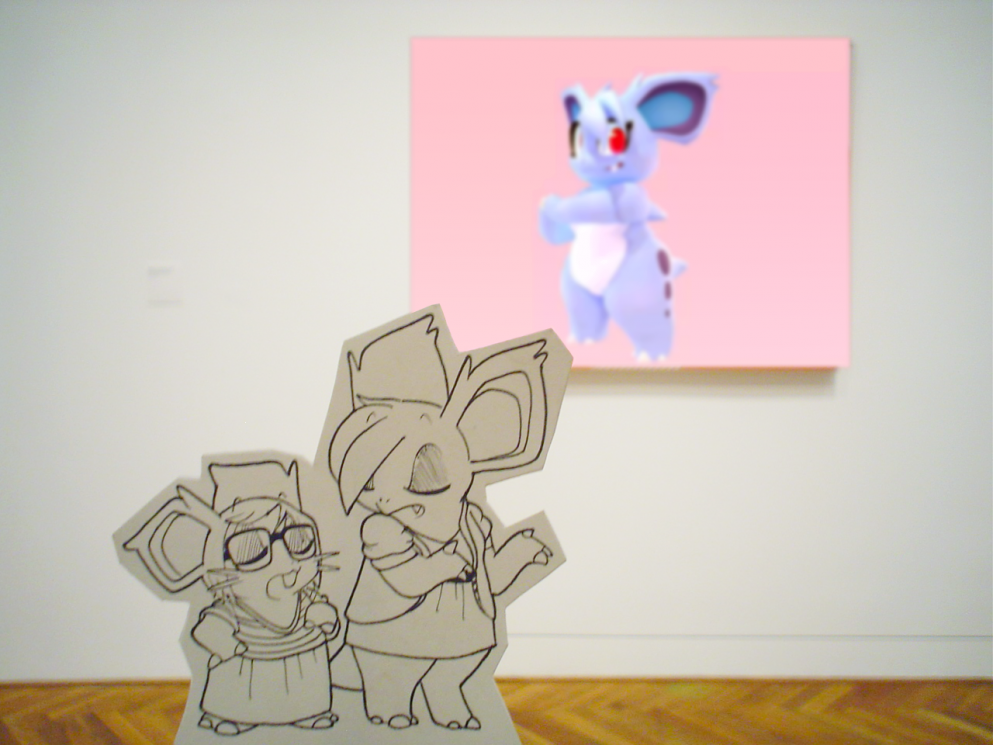 Everywhere she goes, she's always there.

This is a fairly substantial update, so more info after the break.

Back in January or December or so, I mentioned there was one other thing left to post. That thing was Mixed Nuts -- now before you go all "wait I've seen that before", yes but no... you'll see. I realized that before I even thought about uploading the experimental photo story, Mixed Nuts depended a lot on how sequential the old image viewer was on the previous iteration of Aqua Bunny. Knowing how this site does image posts, rather than nest it under Photos, It would make way more sense under the category of comics, and behind the scenes, development of a new version of the Comics page, much closer and far more familiar to the V2 site, was being worked on.

All I could do was wait. The content was ready to go, it was just a matter of time from there (and then also re-organizing all the comics once again into the new-old format). Having said that, the new comics page and revamped gallery viewer is finally complete! Check them out! Anyone who was used to the way it worked on the V2 site will be grateful for this change. Also, just like on the old site, all the comic pages are now in one place. To make things even easier when checking for updates, all Alternate Universe comics now have their titles displayed, putting them more in line with every other hosted comic on the site.

Back to Mixed Nuts, it may not be immediately apparent, but because I still have access to the source photos and several different shots, and because I realized how small the original ones were, I decided to do something of a "Re-Mixed" Nuts, opting for bigger, uncropped full-sized images, better takes and/or a different focus emphasis where applicable, and some color correction and clean up to try to improve image clarity. This process takes some time to do, but for the V3 site (this one) I felt it was worth having better copies of photos much like the decision for exporting larger pages of She's One of A Kind, Kine. Check out these comparison shots:

See it all on the Mixed Nuts page! The others are still being worked on, but the process is well worth it.

Finally, if that wasn't enough Nini and you need some fresh OC, the self proclaimed Queen of the Dumbbutts appears for the 2nd time in 3D, modeled and animated by long time friend of the site somefilth! Some of you may find this dance a bit familiar...🤔

That rounds out this update. Let me know if you have any issues with the revised comics page, and enjoy!