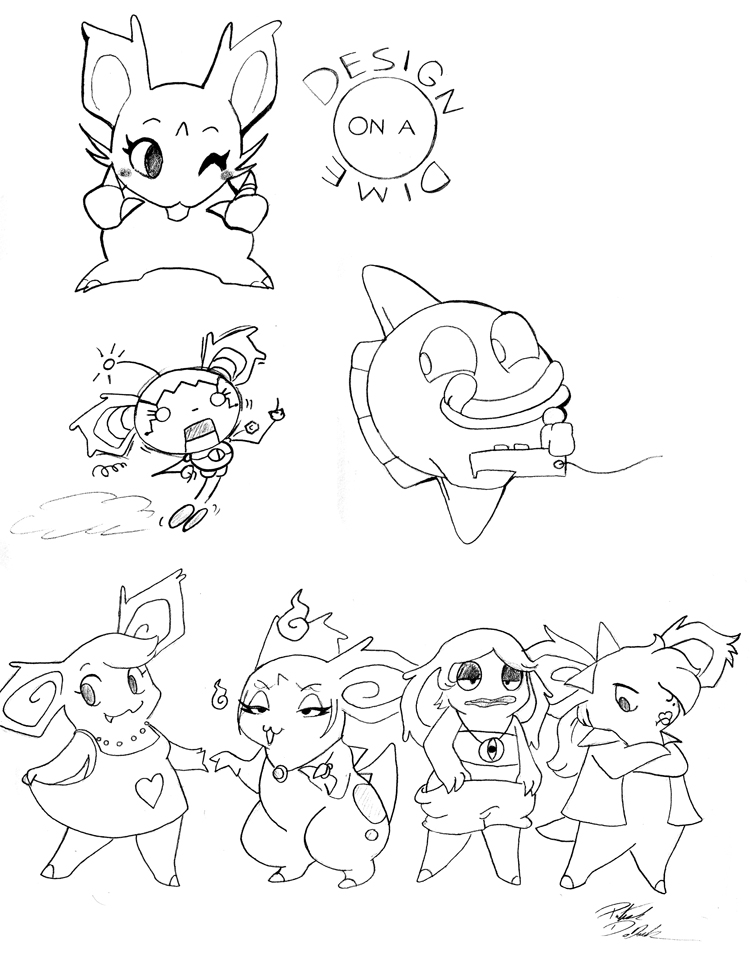 More Nido doodles for those who can't get enough. Oh, sorry, I was speaking in front of the mirror again. If I knew about HGTV back in 1999-2002, Nidoran would've been all over that station. But I wonder if it was as popular now as it was then? Apparently, Charlotte's becoming too much of an individual these days, so how does one fix that? Why not build a toy robot lackey in her resemblance? Finally, what if the major Nido gals had to role play each other? Some fit like a glove, others are pretty laughable.